Miss Fury is the alter-ego of socialite Marla Drake, a Nazi-hunting, fashion-fanatic cat lady. It’s the 1940s, World War II is raging and she has no super-powers. But she has cunning, a helpful cat, a poisoned face-powder compact and an enchanted catsuit that helps its wearer accomplish whatever mission they set out to achieve.

Her story begins when she discovers her fiance is already married and – worse – to a villainess. Progressive for her era, she adopts a child as a single mother, rescues men in peril, karate-kicks sexist oafs and has big-time chemistry with other women. She is more interested in clothes than marriage and does her best thinking in the bath.

Miss Fury was not only the world’s first female superhero, she was created, written, and drawn by a woman –  June Tarpe Mills, a Pisces with Mercury conjunct Uranus in Aquarius. *

She’d already established herself as a successful comic book artist with characters such as the Purple Zombie and Devil’s Dust but her gender was a closely guarded secret. As Mills explained to the New York Post in 1942, “It would have been a major let-down to the kids if they found out that the author of such virile and awesome characters was a gal.”

Yet Miss Fury was such a huge hit that she presumably felt emboldened enough to reveal the real her – a hard-working creative, unmarried,  It was syndicated to over 100 newspapers and ran for the decade from 1941 to 1951.

The soap-operatic plot, array of amazing fashion, titillating catfights and crazy plots proved enormously popular. Sadly the pendulum swung back against feisty femmes in the 1950s, Miss Fury was dropped and Mills faded into relative obscurity.

Fittingly, for a Mercury-Uranus person, she is remembered for being ridiculously ahead of her time and super-cool.

*This is the description of Mercury conjunct Uranus from my Astral DNA Report:

Mercury-Uranus conjunction people are Zeitgeist-tripping, genius malcontents. Mercury rules thought and speech – it’s your communications style. Uranus is more like an interstellar frequency, a Muse from the future. You can’t even think a thing without either a startling insight or a drastic-feeling desire to reinvent it.

In conversation, you can be brilliant or – if you feel stifled – drop the craziest Freudian glitches. You also like to change any tedious subject by interjecting with your most lurid tale or asking about Denisovan genes/sleep paralysis/meteorite teeth implants/haunted malls that weirds the other person out. 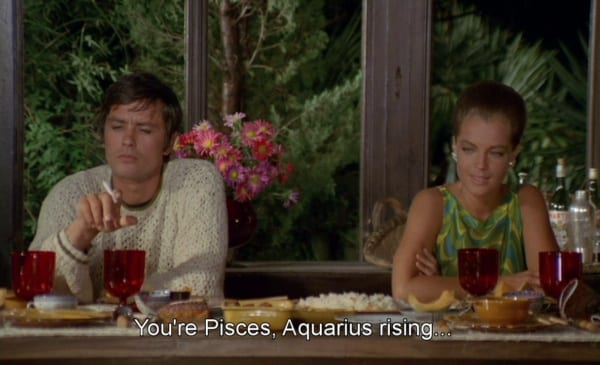 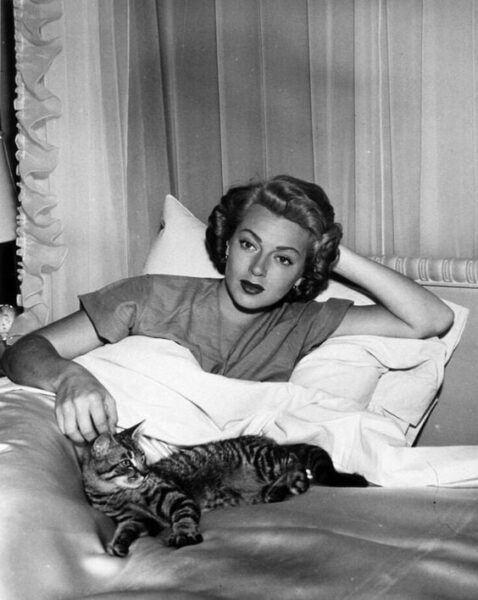 Dear Mystic,  I am currently insanely aware of our Plutonic stratosphere and given the Sun Cancer/Moon Cancer hyper-spidey-sense that I have, my tagline is often…

OMG just looked at this again and saw the dagger in the thought bubble. I so love Miss Fury. What a great name!😂

Found in my earlier days that comic books were often undercover politics unvoiced by mainstream, the Phantom par example and definitely Miss Fury!

*Trying* to sew more now semester finished, and was reading a blog about the Great British Sewing Bee, and the name André Courrèges came up, a French designer known for defining the 60’s and modern, “futuristic”, fashion. Well – his 60’s dresses and low-ankle white boots (fore-runner to the go-go) are to-die-for, if you search for images of them. And wouldn’t you know it? He has Mercury in Aqua, and Uranus near his Piscean Sun. Pisceans and Aquarians know all the creative juice!!💖 *Trying here, means a)am terrified of my sewing machine b) but hand-sewing attempts magical but too slow,… Read more »

Courreges… was asked to wear his design of a ‘dress’ made of chain linked plastic squares with the accompanying helmet to a Melbourne Cup race fashion event in the 60’s when i was a more rounded teen.
Another woman there said to the dresser ‘An orange in Courreges’.
It took courage to do some of the things i wish i’d never done 🙂
Yes it gave me a complex and have been slim ever since.

Hi Beautiful Venus-in-Cap, Saggi Pegasus. Just now planning how I am going to go back in time to that race event in my mind during my next meditation, put a solid gold, 6 foot thick fence between you and that “commentator” and whisper through the ether how beautiful you are !!!!!!!!! I wish I could see you on that day – I’ll bet you were and still are an artist’s muse !!! LOVE ❤❤❤💖💖💖🦄🦄🦄

EarthStar what an uplift you are and i thank you for that. Hope you excelled in your exams, am sure you have and very best of luck :-)x

I mean.
honestly.
its Rare I have no words.

Whaaaa? THIS from a wordsmith extraordinaire!

Fantastic post Mystic, thank you once again. I relate to this one with my Sun Uranus Mars Jupiter conjunction. The superheroes that weird people out. They are my people. Titans!

I am Ms Fury

Me too. How can there be two of us I wonder?

I think there’s a few of us in the world. Santé 🥂

Excellent.
This makes me remember the description of the Uranus Square Mercury placement from my Astral DNA and I feel so uncreative, unfulfilled and underachieved that I want to scream.

Oh no.
Mine is conjunct Saturn and I always feel creative but I also scream a lot, if that makes you feel any better.
🙃

Yes, cannot underestimate the voice. Many moons ago I studied karate and one of the most powerful (as in chakra-rut-busting, life-changing, energy-shifting) elements for me was the roar we wld have to periodically let out at the end of a spar. I miss those days.

‘And like lions they will roar’ a quote from somewhere in the bible the Rastafarians took as their mantra.
‘Sound created light’ anonymous quote.

Now THAT’s symbology i’d like etched onto my skin. Love you Pegasus X

(Especially as have natal Saturn in Leo. Currently re-building in opp to Sat in Aqua. While my scorpi- Uranus is due for a re-oppose from itself in Taurus mid December. And the whole thing forms a Grand cross/giant kiss on my forehead then, too – around time exam results released.. Just take a coffee break, planets !!!😩)

Oh god, I would have had trouble with the roaring part. At yoga we do a chant at the end. Sometimes I can hardly whisper it but I love to join in. I used to think it was too woo-woo but now it’s one of my favourite parts of the practice. I love the sound of all the voices together, finding each other into unison.

Hi Chrysalis, am just an amateur, but we were taught it as both a way of summoning and then releasing strength. And it really worked – i.e. i am five foot four and small and I felt able to take on 6-foot and hefty men – and the energy was real – better than Berocca/coffee -lol!! The yogic chanting sounds *DIVINE* ☺❣💝

Hope you okay Beauty – noticed you have been a bit quiet. Isn’t it nice to have some sun in WA, though..?

Thank you, lovely one 💕All good here. Just trying to cut down my online time 🙂 and yes, enjoying the delightful weather! xx

Pure Pisces thinking in the bath

Wish Upon a Star
Reply to  so_dance