I shall wear
a pair of twin cherries as ear-rings
and I shall put dahlia petals on my finger-nails
there is an alley
where the boys who were in love with me
still loiter with the same unkempt hair
thin necks and bony legs
and think of the innocent smiles of a little girl
who was blown away by the wind one night.

There is an alley
which my heart has stolen
from the streets of my childhood.

And it is in this way
that someone dies
and someone lives on.

The government of Iran has switched off its internet, imposed a media blackout and is evidently engaged in the brutal repression of Iranian citizens, particularly its women.

Nika Shakarami, above, was nearly 17 when she died ‘during questioning’ after attending a protest against the death of Mahsa Amini, a 22 year old who had been arrested on suspicion of having trousers that were too tight.

In Iran, if you’re a female whose hair is visible or a morality checkpoint deems your clothing, movement style or demeanor incorrect, you can be jailed, flogged, tortured or sentenced to death.

Yes, it has been a dictatorial theocracy since 1979 with multiple, well-documented incidents of human rights abuse but the tyranny is escalating. For the Islamic Republic of Iran, it is also Uranus Opposition time.

A transit that occurs to people – or concepts – between the ages of 39 and 41, it’s a vehement vibe check, catalyst and rut-buster. Going with it and speed-evolving is liberating but flat-refusing to change is not recommended.

It will be exact in June 2023, nine weeks after Pluto has arrived in Aquarius, another evolutionary change indicator. Note also that the bulk of the protest movement in Iran is made up of Generation Z people – they’re Pluto in Saggo idealists and born with Neptune in Aquarius. Pluto in Aquarius will suit them.

Not that any of this will help poor Nika. The last her friends and family heard from her was a text that said she was being chased by the Tehran security police. Ten days later her family collected the teenager’s remains from a detention center morgue after she had been ‘held for questioning’ by the Islamic Revolutionary Guard Corps.

Sadly, she is one of many. Multiple state departments exist purely to sanction female ‘morality’ and every day, 2000 women are arrested for ‘improper veiling’ alone.

There are 500,000 women in jail there and most of them are in for morality crimes or resistance. Of course it is not just women in peril. In 2020 the regime executed Navid Afkari, a popular UFC fighter, on trumped up charges, for example.  There are many men who support the protesting women and the cause of Iranian freedom in general.

However, there are screeds of stats and facts that attest to the escalating awfulness of this regime, the institutionalized misogyny and that it appears to have embarked on a systematic femicide in an attempt to quell dissent.

It is darkly ironic that this shadow has fallen over the former Persia, a realm renowned for high accomplishments in art, maths, science, magic, civil rights, invention, poetry, craft and astrology.

Women could buy or sell property, marry or stay single, wear what they liked and choose to hang out at one of the many temples to Anahita, the pre-eminent goddess of pre-Islamic Iran. Her name means ‘the Immaculate One.’

Also called the Lady of the Waters – her temples were often around an oasis – she is a protector of woman and associated with fertility, lions, lotus flowers and prosperity. That’s her lion on the old Persian flag.

Poignantly, some of her temple-sanctuaries are still in Iran, albeit in the vicinity of towns where honor killing is legal and nine year olds can be held accountable for failing to conduct themselves according to the standards of the ‘guidance patrol.’ October 26 is Anahita’s festival day.

*Zan, Zendegi, Azadi is Women, Life, Freedom and has become a slogan of this uprising. More here and here.

What Can We Do?

It is difficult to know what to do from a distance – these are my suggestions but would welcome more in the comments.

Currently campaigning to prevent the Iranian government execute two gay women. To be clear, they are not gay women who committed a crime, their crime is being gay in Iran. More details here.

The National Council of Resistance of Iran woman’s committee has a comprehensive website with resources, facts and how to help. They maintain permanent contact with women within the country and routinely report to the UN.

I have no idea what my government is doing in regards to this but I intend to find out for what it is worth, add my signature, vote and general oomph to any practical moves to help the people who need it. 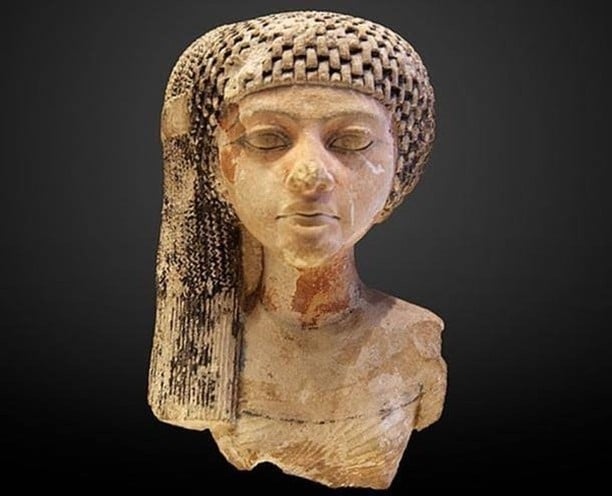 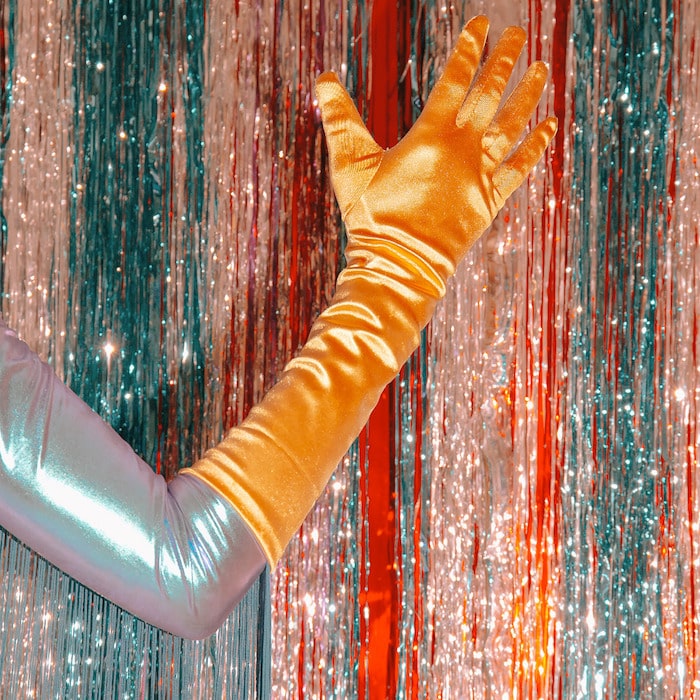 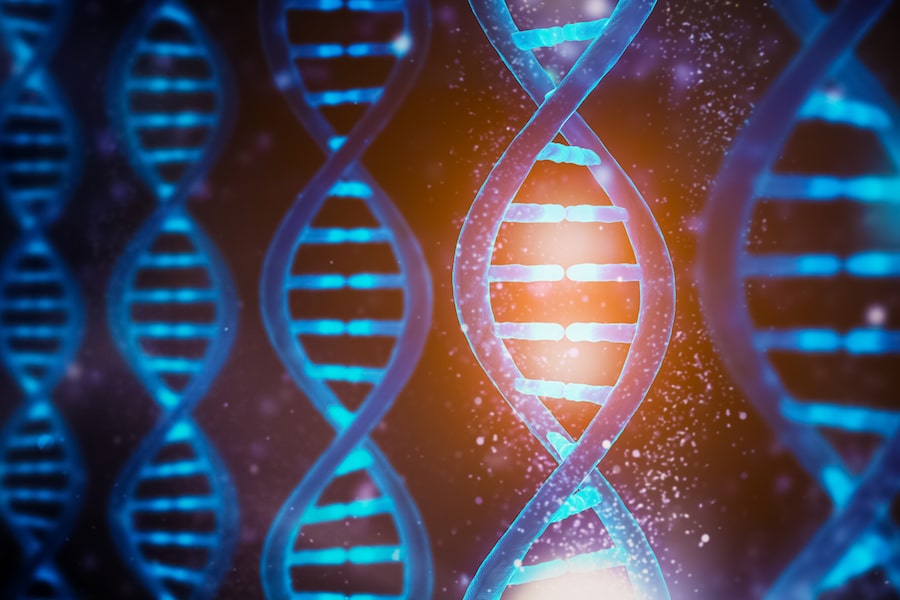 naturally like your web site however you need to take a look at the spelling on several of your posts. A number of them are rife with spelling problems and I find it very bothersome to tell the truth on the other hand I will surely come again again.

I wonder if they’ve thought about what they would do without women? Since they are so determined to get rid of them and their existence. Maybe they need to make an island of men and offer a ticket to anyone who hates woman this much.

Sending love to Persian men and women fighting for freedom right now. Your courage and bravery is incredible, I pray the time for freedom is now! Anahita lives, I hope her powerful frequency shatters the complacent and crazy ruling theocracy to dust.

Huge thanks for posting on this, Mystic. Thanks indeed for bringing your combination of erudition, incisiveness, and magical insight to the matter. The layer of connecting what’s going on did the ancient goddesses of Persia is a deep and needed one—so much history has been erased. I’d love to read more posts on goddesses from ancient Iran/Persia to raise the energy to support these brave women, along with all the vital, tangible sources of aid you mentioned — this is the transition we’re going through collectively now and beyond our individual lifetime as we reclaim feminine values and build a… Read more »

One that I ran across at a performance last year is the Simurgh, a Phoenix-like bird goddess: “Simurgh is often depicted as a bird with the head of a Man or Lion – however, the Bird is considered a Goddess, mother figure, and healer. Similar to the Peri, she is a messenger who travels between heaven and earth, offering divine guidance to those who are fortunate enough to catch a glimpse of her majesty. “Simurgh is known to adopt human men, and considering her role as the Great Mother, there are no reports of her giving birth to anything other… Read more »

This is good, thank you

That video of the school girls screaming at that education official and forcing him to leave is so inspiring and powerful. I hope their rage continues and gets them closer to equality.
🖤🖤🖤

I have no words for how much this infuriates me and fills me with rage.
The morality police killing women in the name of morals?!
and soon to come to America next.
22 million lost their human right to have an abortion.
We need a worldwide revolution to stop this insanity everywhere.

It seems all over the world people are becoming less free with digital slavery as the globalist goal.

So sad 🙁 I live in hope for the women of Iran, and it’s great that a lot of the men are supporting them.

Being an avid reader of Time magazine whilst residing Europe, remember the fall of the Shah of Iran and the shock it brought because it was such an amazingly advanced country.
Shocking how it has regressed so badly since.
Women all over the world cutting their hair in protest, the enigmatic Charlotte Rampling included among them.
Youths are not going to comply with the repressive regimes like Russia & Iran for much longer. There IS a tipping point.

One thing we CAN do is bring it to the forefront of people’s minds as you have just done Mystic. Perhaps we can individually come up with ways of doing that. I will do an illustration and post it on Instagram with a link for one. And I will discuss it with as many people as I can. It will spread from there and if we all do it we have at least done something. That poem by the way is utterly beautiful.

Draconian and dystopian and hard to witness.

The way of this world is to apply pressure or buy/barter (politics will call it a trade deal or negotiation) change but really this is just fundamentally wrong and truthfully seeing it should make the next step – of stopping – obvious to all. Hopeful the more these things are thrust onto the bigger stage/screen the bigger the collective push for change is.

Thank you for writing about this and sharing the resources. Highly charged, highly emotional situation 💗