Both of these Taurean pictures are by the late Piscean artist Ronald Searle, whose courage and fascinating life story warrants a separate post at some point.

They were commissioned by Town and Country magazine for a 1999 “signs of the zodiac” special but the first one was rejected and the second one was presumably following art direction from the mag.

The reject sold at Sothebys last year – for £2,268 FYI. Is it just me or did the second version – post editorial input – have more of an anti-Taurus bias? 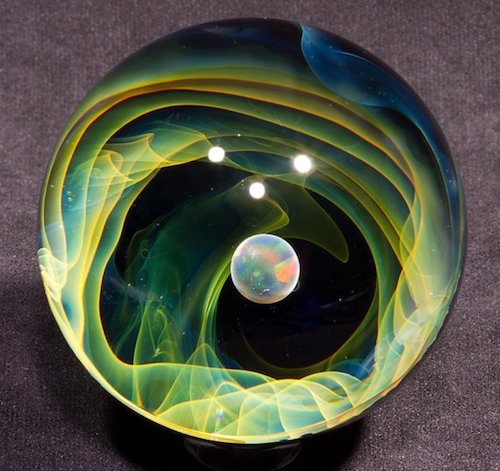 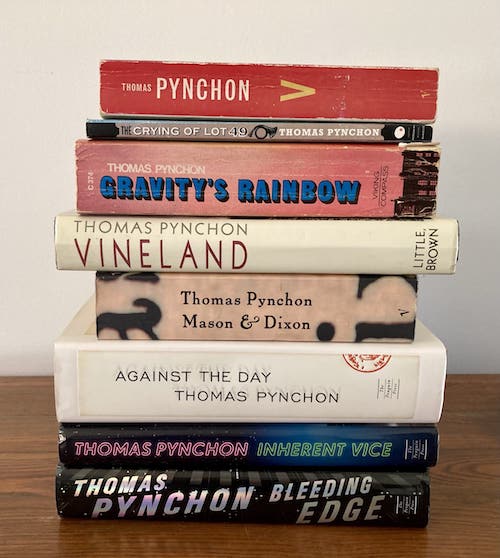 They certainly have different vibes. The second image does seem to be a bit less complimentary of Taurus.

It’s so interesting to look at them both and ponder the representation of qualities.

For me Toro (R) is someone obviously not into appearances & happy to let it all hang out. He’s a bon-vivant, into comfort & is goofily affable. I don’t find him a negative character. Toro (L) looks like he’s trying to conform but looks v constricted in that suit. And has too keen a look in his eyes when looking at the china cow which worries me. The final straw is that clutch man-bag! I guess that for comedic value he’s funnier. Having said this, i like both cartoons & honestly wouldn’t know which one to choose …#bloodylibrarising.

I think the second (slob Taurus) is a bit more dynamic, more attitude (has a story?) than the first one. We are rarely drawn to learn about the rich thing in the suit. My other thought was that whoever selected the image was having an anti-taurus moment and wanted to troll them.

i didnt even get the ‘bull in a china shop’ reference until reading the comments…dear me lol!
this toro rising is curious abt the next new moon eclipse…conjunct my ascendant…here’s to re-birthing, woo!
gimme all the pain relief lol

Just putting this out there as the Moon is about to conjunct both Venus, then Neptune in Pisces (as at 3.21am UT). Has anybody else heard/read about this? Wayyy back in 1906, a Chilean Meteorological Bureau officer, Capitán Arturo Middleton, apparently predicted (ten days in advance) a major Valparaiso earthquake, due (in part, in a letter published by local rag – also on Astrodienst) to the “Moon’s conjunction with Neptune”. (At the time, Neptune was at 11 degrees Cancer). He was dismissed and mocked as an “obscurantist” among other things, but the prediction proved exact. History has not yielded any… Read more »

Well well well The Newcastle AU earthquake in 28/12/89 had Moon Uranus Sun Neptune and Sappho with Saturn nearby in Cap. I remember the king tides and thought all that weight would have helped the unsettling.

Fascinating, JacQui !! I spent part of my early childhood there – went to preschool on the RAAF base at Blacktown. All that Cappie energy!! Triggered by the moon..? Ok so, I know the moon conjuncts everything at least once a month, and I did see something Cpt Middleton wrote about the “northern most delineation” of the moon (cj Neptune), transiting over Valpo? And that, combined with other factors, ‘tripped the wire’ on 17 Aug 1906 UT time, so to speak .. it is all very interesting,* isn’t it? Apparently AJ Cooper thought the same planetary energies that influenced metereology… Read more »

*sorry, declination. Not delineation. Told you astro is not my forte!

Yes, Jacqui! Sorry, feeling a wee bit tired. We had the fighter jets (one type – now decommissioned). Hope you are feeling better – saw your post about the dreams – I think my Aries Sun is just 2 degs from your Saturn, and your Sun is on my Taurus Jupiter (which is near my Taurus rising). You’ve got this, whatever it is – especially to do with homes. X

This is fascinating – I cover this a bit in my space weather posts but am adding Solectrics to my research list!

Mystic it’s FASCINATING!! And Cooper, Middleton et al all got their planetary movements from something called the “Nautical Almanack”. Isn’t that gorgeous!x😊

Oh in the 2nd he is just being himself, She being a Piscean just wants to run away.

sphinx
Reply to  Wish Upon a Star

Lol, I must be vibing on Mars in Pisces squaring my natal Mars, because I see the lady now wearing a red flag to a bull, fear and frazzlement! He looks deranged with his eyes at odds and his weight and the shadows emphasised, like he is slob Minotaur not a respected community member in a suit. I miss the delicate shelf of porcelain in the 2nd one too. Ronald did the fancy details so sweetly!

So it has taken me a while to absorb these photos.

I think the lady is the shop assistant. In the first one she is all ok about helping this gentleman because he looks like he has money.

But in the 2nd photo she is being a snob. I am glad he is totally unaware. LOL!

sphinx
Reply to  Wish Upon a Star

It is really interesting how differently we interpret these pictures, so many ideas that I hadn’t considered! My son and I are very high in the personality feature of being sensitive to rejection, so when we looked at the picture in terms of the first one being rejected we both reacted with alarm to the second lol. It made us see negativity perhaps, where I notice others see funny qualities?

I love this bovine art mixed with light piscean sensibility.

Venus trine Neptune to the max.

Fills a gap in my Taurus Moon, Pisces Rising.

To learn that he went thru the Nazi camps and survived with his art intact gives this Mars in 8th house the impetus to cruise thru her shit. My dad was a cook in the 2nd world war,
Cancer moon he was. He is still with me, Egging me on. My mum is the Anchor with her Capricorn Moon.

Puts a twist on the Bull in a China shop fables. My mother a Virgo said you can look only if your hands are behind your back. My earliest memories of David Jones was their crockery section, at 4 I was full of oooo’s and aaahhh’s at the ceramic forms, colours and displays. This little Taurus never broke a thing.

Wish Upon a Star
Reply to  JacQui

Maybe she should have.

Just Loved St Trinians, and also the little angels/devils on horseback that he used to do as well! The horses faces were so expressive, they always made me snigger when I was a child

These are fascinating. To me they are accurate depictions of the two sides of Taurus Energy: acquisitions energy saved up for “later” (manifesting, personal identity via material goods, personal pleasure from accumulating or possessing) versus the sharing life’s simple pleasures in the moment (generosity, personal connection through materials, personal pleasure through offering.) I prefer the later.

Wish Upon a Star
Reply to  Mysticcaitlin

Life is full of simple pleasures. Take refuge in this.

My uber Taurus client lives on a farm in a plant-filled house with lots of floral patterns and woods, loves her beef and dairy to eat, and just bought a new pregnant cow at an auction yesterday to add to her herd. It’s such fertile earth energy.

Wish Upon a Star
Reply to  AquaMeg

This post took over my morning, lol. But poor Ronald, his chirpy, goofy Toro in all his innocent pleasure wasn’t good enough for Town & Country, no, they wanted something darker, more dangerous and sad. Like he didn’t have enough of that in his life. He sounded so resilient in the face of horror, I had to know how and luckily his birth time is known. Mars in Scorpio for power, and it seems his Moon in Leo in the 2nd was where his own Taurus energy is best represented. Proud, formalising his poignant etheric Piscean traits and making them… Read more »

And you are an angel in articulating and carrying on his soul. Love to you 3 fold.

Wish Upon a Star
Reply to  Unicorn Sparkles

As someone who knew a Taurean hoarder, the second one resonates more.
But the business suit in the first pic hints at Taurean financial savvy.

Looks like anti-male to me, and anti-subordinate female. The first one was a much more cheerful picture than the second, where the male appears to be a total slob surrounded by mess.

Love the Ronald Searle link and info, thanks MM. What a remarkable life, and man. Being an amateur at all astro/art I’d yet agree that the ‘bull in a china shop’ metaphor is a bit much, emphasised in 2nd. But I feel more sorry for artist Ronald having to amend his piece

Why use nuance when you can go with the cliché?

Wish Upon a Star
Reply to  Skarab

He sounds like a remarkable man. Love you Earthstar!

Earthstar
Reply to  Wish Upon a Star

Biggest hugs, Wish. Hope you going alright up there in Gympie (is that where you said you were..?) Hope the earth has dried a little bit, and you can still lie on grass and look at sky.. XOO

Thanks Earthstar. Yes Gympie has dried out. I might lie on the ground and watch the new moon next week.

Went to Bunnings the other day and bought up vegie seedlings to put in my ever expanding green house. This Taurus moon can’t wait to plant in the Taurus Moon. Oh joy!

Well it’s all a matter of taste in your Toros, innit? George Clooney (L) or Kevin James (R)?

Wish Upon a Star
Reply to  Skarab