In an era when 80% of big cinema releases are apparently remakes, where is the Dusko Popov movie? Who?

A triple Cancerian (Sun, Venus + Neptune conjunct) and double agent, he ostensibly spied for the Nazi regime but was actually employed by British MI6. Popov was instrumental in Operation Fortitude, an elaborate ruse that helped to secure an Allied nations victory.

To the Germans, he played the part of ‘wealthy playboy womanizer turned informant’ to the hilt. He was rich – the scion of a banking family – and he was avidly interested in women.

He’d plausibly pop up to visit a Nazi official to ask if the “war effort” would interfere in his attempts to import a Rolls Royce, seemingly oblivious to the greater drama swirling around. German files show they saw him as a useful idiot – they also expressed astonishment that women liked him so much, though they did note Popov’s “olive skin and heavy-lidded green eyes.”

Aside from the Cancerian goo-goo appeal, he had a Moon in Taurus and Mercury + Mars in Leo opposite a Lilith-Uranus conjunction. He had a taste for unusual women and while senior intelligence officers initially expressed concern about his flamboyant lifestyle, it became brilliant cover.

If I were a film director, I’d zoom in on Popov’s six week stay at Portugal’s Casino Estoril. It was the Summer of 1941: He’d been given a briefcase of cash – a million dollars in today’s money – with which to recruit German spies in New York. Instead, he was at the iconic beachside casino to hand the briefcase and various intel to the Americans.

Ian Fleming, a British intelligence officer who would later go on to write the James Bond novels, was there to observe the misson but allegedly not make actual contact with their double agent.

The place was crawling with spies, Mercury was Retrograde over Popov’s Sun-Venus and he was having a raging romance with Simone Simon, best known as the star of the original B-list cult-horror flick Cat People.

Allegedly, he was also trying to warn the FBI that the Germans had intel of an impending attack on Pearl Harbor, but the director – J Edgar Hoover – loathed him and disregarded the information. None of this was subtle: Popov turned 29 and put all the Nazi spy money – intended for the Americans – on the Baccarat table, a bet that was thankfully refused by the casino. Was it a stunt to divert attention? A pre-Saturn-Return wig-out?

There is far more to his story than this tiny vignette, of course. Despite his risky missions, Popov had a relatively long life and untold adventures, many of them still secret. His superiors at MI5 and MI6 admired his cool courage, saying he had ‘ice in his veins’ but I also see the Sun-Venus-Neptune – he was fluid, elusive, glamorous and, in his own fashion, incredibly compassionate. 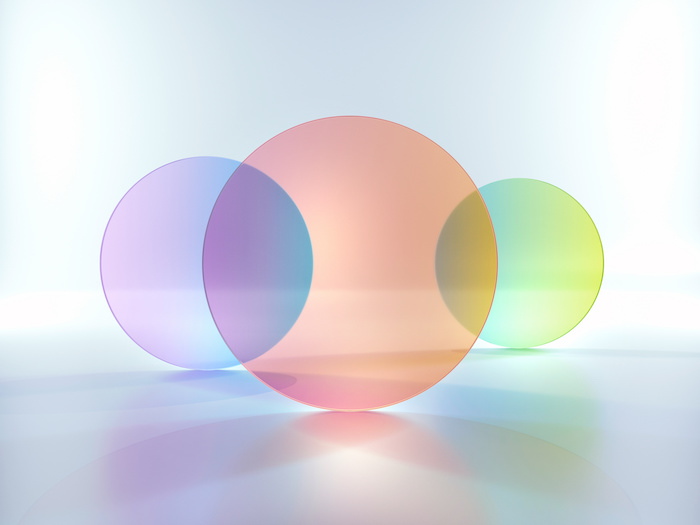 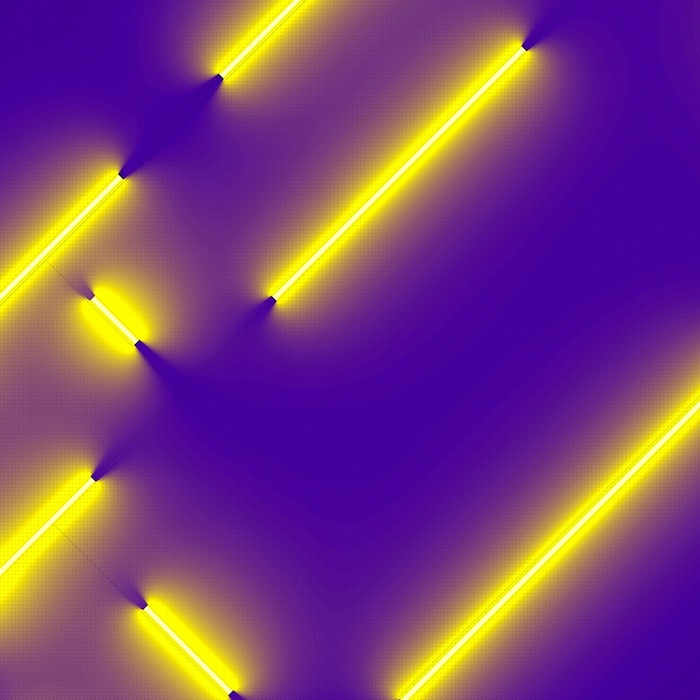 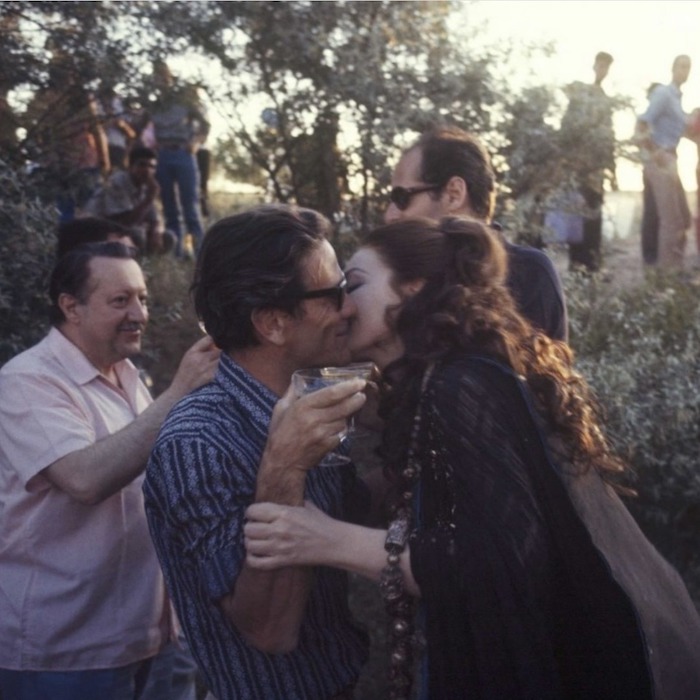 A fascinating write-up that inspired me to read more about him with some rather spine tingling moments. Born a Serb and working for the Germans, he could have chosen to stay doing that, yet according to what I read he was so morally disturbed by what was going on in Germany that he went and offered himself to the British – a pretty courageous move, really, to put yourself at risk like that for the greater good. You could say he was motivated by extra money but then, he already had wealth. Womanising behaviour aside, it does seem, as you… Read more »

ooh I love all of this Mystic. Juicy and fascinating and anti-Nazi? Everything I like to read.

Talking of spies, has anyone read ‘Slow Horses’ by Mick Herron? There’s a TV adaption on Apple TV (which I haven’t seen). The book is part of a series called ‘Slough House’, which is where spooks who make a mess of their careers end up. Some fabulous one liners, marinated in satire (and containing some easily recognisable politicos). Well worth a read.

I haven’t read the books (tho I plan to) but the series is so good. Hard recommend

Might watch on Apple TV as love Gary Oldman
can recommend Suspicion for the narrative warfare theme and Uma Thurman nailing the villainous vocal stylings and envy inducing disheveled luxury wardrobe of her character.

Ian Fleming has not only eulogised and promoted the “espionage industry” but he has also spread so much disinformation about that industry that even MI6 would have been proud of the dissemination of so much fake news. Maybe the Bond legacy is finally coming to an end notwithstanding the recent publication of Anthony Horowitz’s With a Mind to Kill, particularly after Daniel Craig’s au revoir in No Time To Die. We think the anti-Bond era is now being firmly established in literature and on the screen. Raw noir anti-Bond espionage masterpieces are on the ascent. Len Deighton’s classic The Ipcress… Read more »

Ah, just read your comment in full! Slough house rules (or do I mean London rules)?!

I’d rather have a movie about this double agent: https://profmeowmers.tumblr.com/post/153330995194/my-bros-i-have-been-doing-a-lot-of-reading-about

Yes! A case of truth being stranger than fiction. Juan Pujol – i was dumb founded when i watched a documentary on him a while back. An Aqua Sun/ Mercury/Uranus (all opposite Neptune) and Gemini Mars Rising. He created an unbelievably complex web of (mis)information & deceit using loads of fictitious spies. Ended up receiving the Iron Cross from the Germans, as well as an MBE from the Brits. This man was possessed & on a mission. So interesting to see the astrology behind these spies and how they acted it out. Popov, all flamboyance & charm via his Leo Mercury… Read more »

ALSO – as a serendipitous link to this blog – in the summer of 1941, Pujol was masterminding his audacious faux spy web while staying at the Hotel Palacio in Estoril – same hotel (and at same time) that Ian Flemming & Popov were staying at. Imagine the scene with the 3 of them crossing paths, surreptitiously eyeing each other, or sitting at the same roulette table at the famous casino. I can almost hear a Bob Dylan song à la Black Diamond Bay painting the scene.

So Amazing how perfectly suited Pujol’s astro profile is for his mission in life!! (Prolific deceiver extraordinaire)

Sounds like the plot of Casino Royale! He even looks like Daniel Craig in the photo up top.

Incredible to me to hear of person whose father built “a spacious villa by the sea” for him and his brothers to use exclusively for entertaining and parties who turned out so committed to fighting Nazi’s and using his privilege like a weapon along with glamour and elegance. Charm is a currency! He would be so magnetic to me with his Leo, Cancerian and Neptune flavouring, well, if we could live to 200 years.. Interesting that his wife knew nothing about his former life until he wrote a book, I wouldn’t like that kind of compartmentalising of mind, though I… Read more »

Hmm, yep, I find him kind of hot in the bottom pic (those eyes and the slightly flared Slavic nostrils)

I thought the woman was Amber Heard until I read the post.😂

Yes! They use the same facial muscles to pull the standard bpd art ho /sad clown face. I’m sad and it’s your fault.

Neptunians, the most elusive and convincing of spies.
I love this.