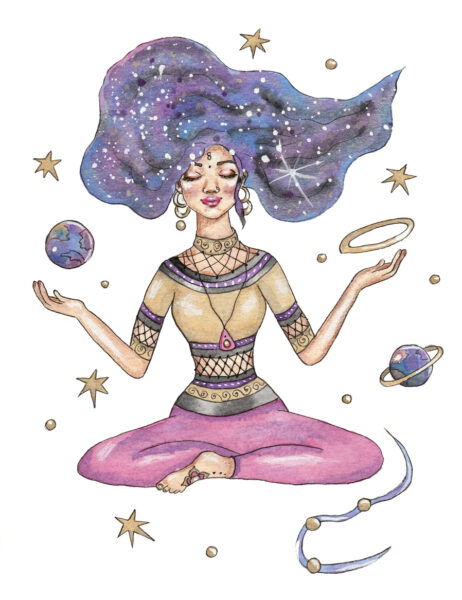 So who does the Five Tibetans?  I don’t but i intend to.  Some of them just seem like, you know, yoga. But the whirling around?

So they are said to be two and a half-century old potent rejuvenation practices that act on the chakras/glands and basically re-zap you into your Awesome.   They were “rediscovered” and published in a 1939 book called The Eye Of Revelation.  People claim improved everything – from eyesight to core strength to hair luster and psychic powers.

Can anyone of you peeps attest to them?

If you really want to go esoteric, each chakra is said to correspond with a planetary vibe. So there is no reason why we could not do planetary yoga or warm up our Saturn each morning in the bathroom mirror. 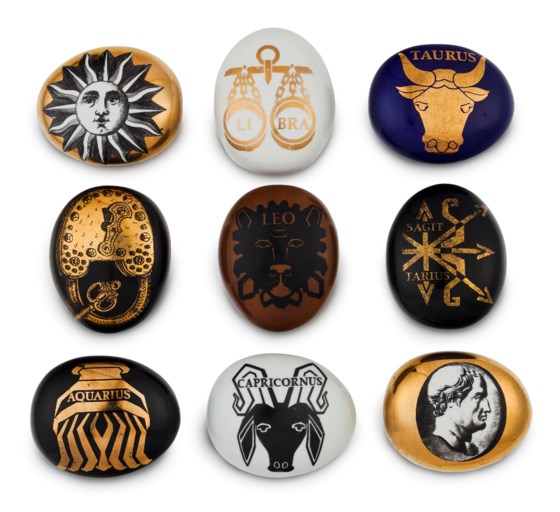 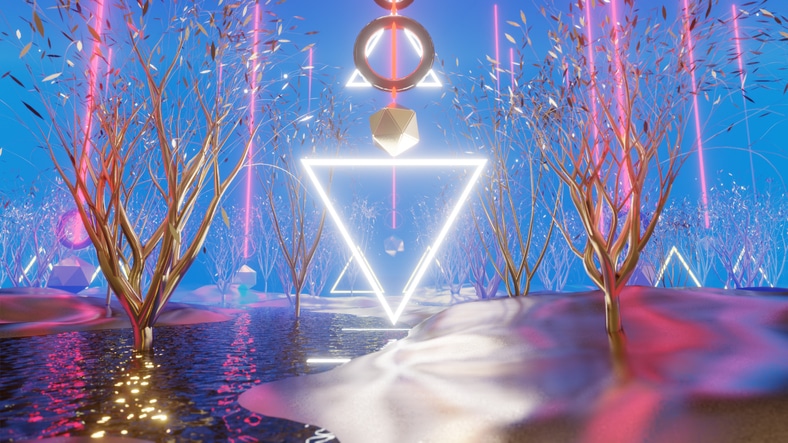 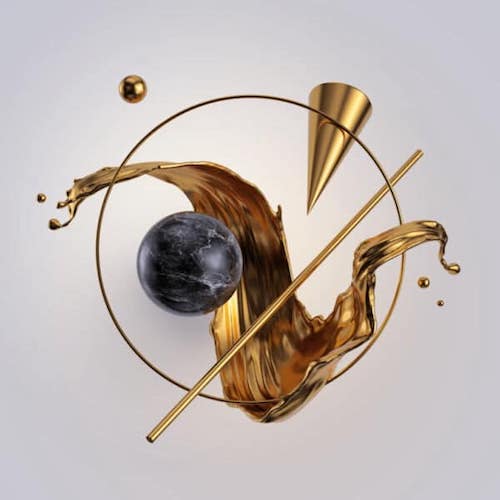 p.s. Love the image. Just what this Gemini 4th house needed on this Full Moon.

Oh I am so happy I stumbled across this post. What a day. Went to my physio and told her how I had a sleep apnoea test the other night. My anaesthiast recommended it. Have mixed feelings about this. Some people swear by them some say it is just a cash cow. Anywho my fairy physiotherapist casually mentioned a seminar she attended on breathing to avoid sleep apnoea. The penny dropped. I bought a book called Breath recommended by our lovely Pegasus. Read the chapter on nose breathing during sleep as opposed to mouth breathing and related sleep apnoea. Oh… Read more »

I used to do these too… have a book stashed somewhere. Is this an omen to revisit? These times continue to present signs in unconventional ways….

Wish Upon a Star
Reply to  Centaurus

After a 20 year gap from dedicated daily stretching, yoga and Tai Chi and during a crisis point in which I let myself slip into a frumpy forty/losing it delusion, I chanced upon these 5 Tibetan exercises in a (normally ignored and despised) mainstream media daily newspaper. I initially forced myself to do them every morning before anything, except apple cider vinegar in warm H2O. I noticed a sensation like a cell-cleansing during some of them-like my brain and organs and systems were zapping out the toxins and I would always feel zingy after the routine. All had to go… Read more »

Wish Upon a Star
Reply to  Jordana

Oh those negative comments are always a test. I’ve experienced the same in the past. Thanks for reminding me.

It seems that when you grow spiritually these people always pop up.
But I am older and wiser now.

I immediately feel the benefits, then I get busy and get distracted. But, I do feel much better when I stay focused and do yoga everyday.,

How many spins? Looks good to me. Just started meditating and yoga again. Sensational on the Friendly beach in Freycinet Nat Park inTas.

I have an avid interest in Hinduism, the Vedas and meditation practices. The chakras do indeed have a ruling planet as well as a sound, a country and the colours etc. Its been a way of life for me for a long time. Have not do e the Five Tibetans! However, do know that twirling around has benefits for brain development, hence why kids love swings and whirly things. Though modern theme parks have taken this way over ‘good for brain development’ paradigms.

Wish Upon a Star
Reply to  Aishah108

I wonder what chakra Australia is? Must Google.

I have never tried this–
I did do some whirling, like the Sufi practice recently and that was v relaxing and invigorating! We were instructed to “expand into” any dizziness–feel your energy expand rather than try to my move away from the feeling–

I will def try these

Tried em for awhile. Didn’t notice any benefits beyond those of a nice stretch, but I was not particularly committed or consistent about it.

I used to do these when I was about 19. This gorgeous Moroccan woman I lived with taught them to me. She looked ageless but was allegedly twice my age back then but refused to discuss her age o it’s all rumor. Lol She still looks fabulous- but doesn’t everyone one facebook always? She’s got 2 kids and a rich pretty husband and seem to spend an inordinate amount of time skiing or looking glamorous in fancy restaurants doing that mom’s night out with the other mommies thing. It’s nice, I think she’s in Belgium though. Yeah, Antwerp. She had… Read more »

First I’ve heard if them but for the past few years I’ve been doing 3 sun salutes each morning most days and I can feel the benefits!

I do 3 sun salutations every morning as well. Easy to integrate and maintain the practice.

Been doing the 5 rites for about 2 months now and just spoke to my teacher this morning about how I was going with them. I definitely feel more grounded, very strong, focused, clear and balanced. I have joint problems and find they loosen up incredibly after completing these exercises.

Wish Upon a Star
Reply to  Lobby

did this for a while once and my then father in law asked me if id been doing sthing different.
a man!!! noticing!!!

Wish Upon a Star
Reply to  scorpiodawn

Never heard of this before! Gonna give it a go.

That is really weird you posted this… I had dreams of green tara and I am retraining this week, starting today (various things) before I go to Asia.

Omg we are in sync! I was literally thinking about these on sat and wondering what they were called.
Had done them years ago through a yoga teacher and gotten the intuition to pick them up again.
She raved about them. I remember doing them and liking them, feeling great etc. but that’s all I can remember.

As a yoga teacher, I LOVE this

Looks to me like a combo of Kundalini (Rite 1) + traditional Hatha Yoga asanas designed to create heat in the physical body and balance the chakras. Powerful medicine!

I’ve never seen the chakra chart with the corresponding planets but WOW so great :).

I tried them once but was kicked off the dancefloor.

Your little cartoon icon thingy makes your comment even funnier! My brain animated it…

Thanks Ali got a good giggle outta that !!

Wish Upon a Star
Reply to  lalalozenge

Oh I really like this! A cool way to support my 6th house Neptune / Saturn transit and that new moon incoming

Been practicing them for 8 months-great routine first thing in the morning,can be very demanding, so I advise my clients to work up to the 20 reps-SLOWLY!! And that goes for the spins !!! I also add on a few other asanas to loosen up the lower back afterwards. Swear by this!

I’ve been doing them on and off for about a year….

Benefits? Seem like the usual benefits from doing a bit o’ stretchy yoga really. Nothing amazing. But then I’ve been slack.

You’re meant to do them at least 6 days a week. Yeah, the breathing pattern is counter-intuitive but seems to work.

I like to just do three reps of each–good for when you’re in a rush.

This post has inspired me to get a bit more dedicated to this practice.

You’re supposed to do reps of either:

I believe? No more than that. And build up. Start with 3 reps of each, build up each week.

I’ve been doing them every morning for a couple of months, and I love it. Improved digestion, clear skin, MUCH better grounding, strong muscles. I love the Sufi spin. I can feel my energy reintegrating and all my organs talking to one another.

An excellent practice for me.

i have never heard of this before, but i am going to do it! however, these are all things that i just happen to do when i am feeling restless; bored; uncomfortable; like i need to move something around in my body – even the sixth rite!

I wouldn’t do them out of restlessness or boredom — some powerful energies there.

yeah, reading about it now, i definitely want to/ should do it with intention! i had no idea. these things just feel good!

Oh MAN. I got a reading-thing-something-or-other (didn’t quite get what was going) and was told that I was mega-blocked in my root chakra. Makes sense with the current Saturn Return and all. #goingpro

Yes. An ex-fiance of mine wrote one of the books on them and he introduced me to the practice when we were together. I still do them although I’ve cycled in and out; I find them to be a very strong practice and they can be a bit intense. Be careful with the so-called “Sixth Tibetan” — if you do that exercise, start with only one or two at most; it can provoke an intense hormonal reaction. My ex certainly offers good evidence that they keep you young and vital; he looks great.

Lux Interior Is My Co-Pilot
Reply to  VenusRules

VenusRules
Reply to  Lux Interior Is My Co-Pilot

Yes, you can read about it in the book The Five Tibetans, with commentary about it. Or google it.

I did the 5 Tibetans for a short while, it is suggested NOT to do it while menstruating( You get very dizzy otherwise I wasn’t dizzy at all )

I did them for a time and felt the benefits – more focused, purposeful and present. The diagram above doesn’t show the breathing patterns, which are counterintuitive if you have previously done yoga.

Chanting mantra also activates the 84 meridians in the roof of the mouth and activates the hypothalamus, pineal and pituitary glands. Magic!

Love any type of activity or meditation that links body systems to the planets and elements!