The latest weirdness is very Saturn square Uranus. In case you have not heard, an ultra-large container ship is blocking the Suez Canal after being “blown off course by a sudden gust of wind.” Maybe I’m primed to find everything suss but it IS suss, right?

The ship is owned by Evergreen, a Taiwanese company not – I don’t think – related to Evergreen Holdings of China. The Suez canal is arguably one of the most politically primed spots on Earth, of gigantic strategic importance and vital for shipping.  It’s a Scorpio, naturally. Officially opening on November 17 1869, it has suitably substantial astro for a geopolitical hotspot: Jupiter conjunct Pluto in Taurus and Uranus in Cancer square Neptune in Aries.

Of Course The Suez Canal Is A Scorpio

To give this that extra “is this all a large hadron particle collider glitch?” weirdness, there is (loosely) a Real Housewives of New York City involvement. Luann De Lesseps, was married to the descendent of the French diplomat who brokered the building of the Suez.

She’s Taurus, with Pluto trining her Sun this year; If I was her agent, I’d helicopter her in there right now for some photo-opps, seances and just vibe. Perhaps a meet-up with Prince Harry or a sheikh en route to a touching reunion with her ex-husband.  Side-story: Local shamans (if they’re still allowed there) discussing the geomancy of the Suez etc.

Enough of my deranged reality television concepts: In 2005, Evergreen was fined one of the largest amounts of $ in history for deliberately discharging oil waste into the ocean. This particular ship is called Ever Given and it’s carrying containers from China to Rotterdam. According to this story in Slate, the ship appeared to suffer a blackout. Cyber?

There are already oil tankers lined up on both sides of the stuck ship so it would seem to be interestingly timed. Finally, I don’t know about this specific ship but it appears that other ultra-large container ships owned by Evergreen and other companies are autonomous – they run on Smart Ship Technology.

The stuck ship – an ancient mode of transport/merchant ventures, wedged in a ‘hard place’ and hub of history, resonating back to the most fervent visions of colonial power-brokers. It has no captain as such and is unprecedentedly huge, like the Titanic. That’s Uranus in Taurus and Saturn in Aquarius, the aspirations and the threats of smart tech – the Gray War, as discussed in the Turbulent Times series.

Or, if you prefer, Saturn in Aquarius as a freak gust of wind so strong that it blew a 200,000-tonne cargo ship sideways.  Thoughts? 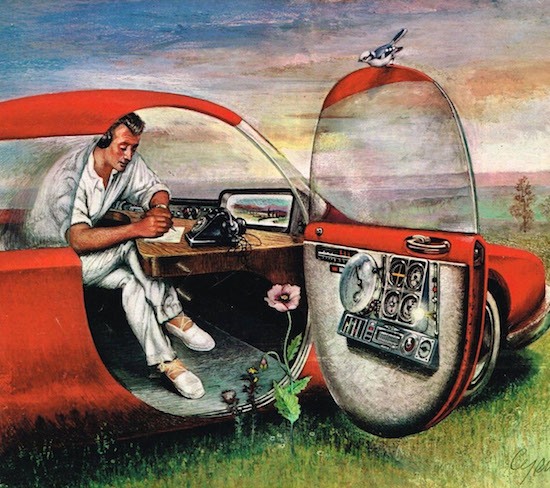 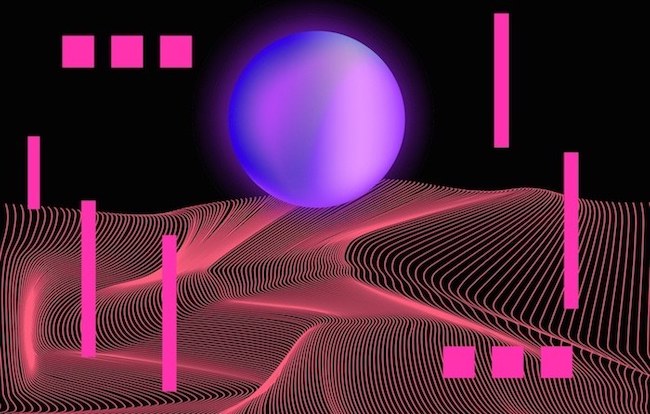 Scorpios are even more weird and inscrutable than previously thought. Read up on these lesser-known Scorpionic traits. 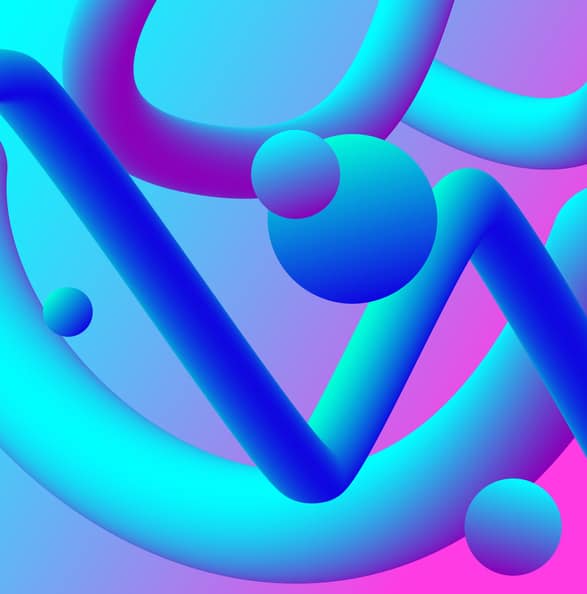 The Venus Sun cazimi (love that word) is right on my natal Saturn in Aries in the ninth house. It has made everything better in the past few days, like being touched by a magic wand. Cherry on the cake were my sister and brother kindly helping me with the planting of a hedge of hawthorne and wild roses. The wind let up and the sun came out at exactly the right moment. Thank you cazimi! 💫

yes evergreen scorpio.. mysterious accident.. now a lot of conspiracies, that this ship was hijacked by .., because is full of trafficked human beings, evergreen associated to the Clintons and ccp….

I’ve got this Venus sun mash up in my first. I’ve been super productive today but am waiting for the graceful lottery win to happen or for me to miraculously drop two stone and fifteen years. That’d help ! Sorry to say !

Wow am I feeling this Venus Cazimi Magic…just feeling luscious smooth grace. Everything sparkling…
Loving it so much x

Where does it fall for you, in sign and house?

The Titanic sank on April 15th, a first look at the ‘too big to fail’ hubris.

Be interesting to watch this 21st century version unfold with all the complexity of these times.

What could go wrong? 🤷‍♀️

Too big to fail is my natal thing, i reckon, even though it connects with 12th and Pisces and 5th house stuff. Have I been both a fate gambler, and a pre-non-event-maybe mitigator? This week suggests yes, but i somehow made it?? Though didn’t do the changes of this yr, or only part did them? Have planets in every Earth housr and feel like there’s a need for speed wanting grounded consistent control, while the control room is run hard. Gets me through some stuff, wears out the good stuff.

My very much off the cuff guess is that the canal’s fixed Scorpio nature has run up against Mars (the long phallus shaped but stuck ship) in Gemini (Gemini signifying the world wide media coverage of this incident). I think that the small and seemingly insignificant tugboats will do the work to effortlessly save the day once the Mars in Gemini talkfest simmers down. Is there a convenient asteroid nearby to which we could pair the tugboats – I’m thinking of one with a feminine influence? Pallas?

I’m liking your way of thinking, Calidor. Then i thought that there must be more than just Mars at play here, I mean this was such a dick move (sorry i promised no puns) that i looked up asteroid Dick (17548) & found it to be conjunct tricksy Mercury in watery Pisces & sextile uber trickster Uranus exact at the time of getting stuck. If that were not enough, asteroid Pecker (1629) was conjunct Eris and sq Pluto, ruler of canal. PLUS, Asteroid Wiener (18182) – & this is significant – was conjunct Mars! It’s just too much dick activity… Read more »

😂 Only in the comments on Mystic Medusa … loving it!

Thank you so much, Skarab – I’ve had a rubbish week and this has saved it. I had to check and wouldn’t you know it, my natal Pecker is conjunct my Gem NN.

“my natal Pecker” soz to be so 12 year old boy like, but have also had weird unsettled week that i strangely managed with irritation, what! And your comment has the Cazimi triggering young Gaz in dumb delight 😄 knowing full-grown wonderful ladies are getting down with the Suez Canal post

A Gem Pecker-NN & a Scorp Gaz… oh Lordy!!… Sorry you’ve had a rubbish week, Chrysalis. Mine’s been pretty shite too & an exercise in anger management. Reacting with prepubescent smuttiness seems to be my innate releasing mechanism. But at least it gives me some consolation that you gets a giggle out of it. And my apologies to those who find it highly irritating. I’m sure i would too if only i didn’t have Pecker Rising.

Me too Skarab. Juvenile knob jokes lighten this fishy’s mood. Sorry you’ve had a similar time of it. Weird times, huh? I daren’t even post where my (asteroid) Dick is out of respect for the rest of our lovely blog community!!! Not everyone finds it as amusing as I evidently do.

Talking of phallus… I saw the track that this vessel made via its AIS data on vessel finder just prior to it heading up the canal. It’s movements basically outlined a phallus a set of testes and a large circle around it all. I thought ok yeah joke but it seems to be it’s true course. They suggest engine and steering loss and high winds but gotta say the piece you produced from the CSIS is concerning !

“It’s not the size of the ship, it’s the motion of the ocean that counts”

As a seafaring lass that you are, i’m sure you have an opinion regarding this adage.

For more absurdness, an image showing the route of the cargo ship before getting stuck resembles a crude drawing of a penis. I will resist making puns.

Yeah saw it too. See above.

Been thinking about the Cazimi influence. Something’s in the air. I mean Venus is not just sweetness & fairy frou-frou, is it? It’s get down raunch too. I was sharing a train carriage today with 6 octogenarian women on a birthday celebration outing, & you should have heard them cackle & whoop talking about sex back in their day, and what they dream of doing to some popular local actors! Honestly, it would have made truckers blush.

This is funny! The raunchiness would suit a Sun-Venus in Aries I think, because it is all colored by Aries’ ruler, Mars 🚀

Lolz, the rocket…:-P … rocket raunch. Of course you’re right – that’s it! A Venus Cazimi (i can’t even write this word without giggling) in Aries as Spring has sprung in the N Hemisphere – and a Full Luna. That would also explain why there’s loads of teenagers running amok on the streets tonight, despite the curfew.

On the design note, as a partially blind person, I am loving your new designs. I love how the colour background makes it easier to read less painful on the eyes. Thank you

(And – that Suez biz sounds totally like a Bond movie. #justsayin #saidMarsonMCinPisces )

And an Austin Powers movie

Personally am loving the sleek, classical reno’s – and Mystic curating an art pic-per-horoscope-sign, per day is pure luxury, just for us – even the maths does my head!! (12 pics to find per day, that’s 60 per week, 240 a month .. you get the drift!!) Thank you Mystic – and am going to have to look up Canva – this may be my 2021 focus, along with researching (informally) old crafts. Xx

This ship’s blackout has consequences my own simple person blackouts of good judgement could never ever decelerate into. However, the corporate financial office entities that make that debt black in the books are still laughing, maybe not giggling, but sniggering. And it’s not just now anyone has felt like that. We have had good starting block replacements in terms of zeitgeist and representatives, with the constant shits of systemic, superpower and stable systems running on old news but clutching onto real power.

Yet at some point we will have to re-fuel, if you need to drive, which is definitely a thing in Australia including most of the cities. Urban sprawl, geographical isolation, poor public transport options, food freight meaning upped daily living prices. We have been experiencing the lesser of lockdowns and commutes, and we know it. Is it almost like we have all expected the things we relied upon to keep up with our earning-places in society would get crunched in a blast of (no longer Grey, definitely beyond Cold) Black Ice war? Community building tendrils appeared, and some of them… Read more »

As someone who has just seen my first sunny day in 2 weeks (I live in across the road from a lake, with wetlands behind, in one of those recently flood prone areas in Australia) I really have been feeling the total power and pervasiveness of water….and nature. My thoughts were – f those annoying, blockading, oil- leaking supertankers. One of these days they are going to get really flipped and wiped as if they were nothing by the force of the wind and the water… have lived through something like that with the Pasha Bulker Coal ship in Newcastle… Read more »