This is about the controversial but clearly genius inventor – Nikola Tesla – not the car. A multiple Cancerian, he had Pluto rising and loved lightning.

He also had Uranus conjunct his Pluto-Ascendant on his 79th birthday: here is how he celebrated.

“I was experimenting with vibrations. I had one of my machines going and I wanted to see if I could get it in tune with the vibration of the building. I put it up notch after notch. There was a peculiar cracking sound.

“I asked my assistants where did the sound come from. They did not know. I put the machine up a few more notches. There was a louder cracking sound. I knew I was approaching the vibration of the steel building. I pushed the machine a little higher.

“Suddenly all the heavy machinery in the place was flying around. I grabbed a hammer and broke the machine. The building would have been down about our ears in another few minutes. Outside in the street there was pandemonium. The police and ambulances arrived. I told my assistants to say nothing. We told the police it must have been an earthquake. That’s all they ever knew about it…”

Age does not weary Uranian tendencies. Sadly Tesla died shortly after his Uranus Return, but that phase was marked by a surge of new thinking and a diet so experimental that it contributed to the belief that he was poor in old age. He was fine, albeit living on a diet of bread and honey.

FYI, he did 200 toe curls per day – 100 each foot – for ‘brain health’ and was an avid walker, perhaps believing in the old Pythagorean theory that the mind worked best during long walks. There are a dozen conspiracy theories surrounding Tesla with the best known being that his invention of a cosmic electricity powered lightbulb was stolen so it could be suppressed.

But here is a weird, lesser known morsel; After Tesla passed, the FBI appointed an electrical engineer named John Trump to go through all of the inventor’s labwork, notes, patents and actual inventions. After a three day investigation, he concluded that there was nothing of interest to be found in Tesla’s lab and yes, he was Donald Trump’s uncle. 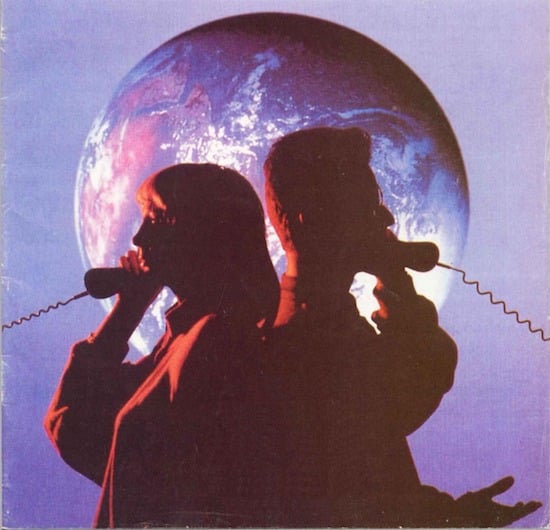 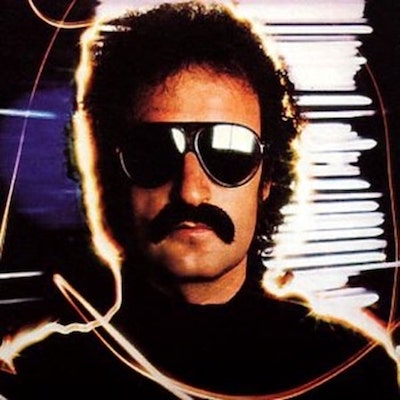 Taureans are renowned for their staying power and musical aesthetic. Triple Taurus Giorgio Moroder - the 'shaman of synthwave' embodies both.

I do wonder how much of our misunderstood interactions with other humans is simply genius lost in translation? 🤔🤔 Personal judgements and perceptions truly does limit so much of humanity, especially if it’s being limited through the eyes of a Trump lol.

Wow… What a great mix of awe inspiring and toe curling (on all levels) info in this post.

Since our feet give rise to nearly half of all sensory information transmitted to our brains, the toe curls for brain health make perfect sense. The feet-brain connection has the potential to transform us to calm, certainty, and security as we move through our lives, so the spiritual connection is the root chakra, related to feelings of safety, comfort, security, and even nourishment. (I’m a Cancer/Pisces).

Uranus aspects would make the person shred some inauthenticity. Resistance is futile.

The Trump twist: reality is stranger than fiction…

And man, are we living in a strange reality these times.

Would also like to add to your foot-brain connection points – that in Reflexology the toes are the area of the feet that relate directly to the head – like the brain, eyes, sinuses, pituitary etc. So he would have been stimulating all the head & neck points with the toe curls.

I’m into it. It makes perfect sense you two. I will become a toe curl devotee as from now. Need all the help I can get at the moment 🙂

A TRUMP saying ‘nothing of interest to be found in Tesla’s lab’.
My tongue is dripping with sarcastic comebacks about that conclusion.
If it were me i would thought found a Hogwarts.

A good reminder for me to do my foot exercises!

So inspiring MM, I’m in reverence of your honouring the Soul & Spirit of Tesla and his promethium gifts to humanity….. & simultaneously alarming us not only then, but still, to how asleep & immature the hierarchical power structures override ‘growth power’ opportunities for not only collective development but actual awakening.

Maybe he’s a child of both the devil and the light – like all humans. His scientific genius is without a doubt admirable, but what he had in scientific genius he lacked in compassion & understanding of the human condition. This is an excerpt from that Liberty magazine’s interview with him (and why scientists should never take the reigns of our governments) … his words: “…Then man’s new sense of pity began to interfere with the ruthless workings of nature. As a result, we continue to keep alive and to breed the unfit. The only method compatible with our notions… Read more »

I stand corrected. A child of the light and dark.

I always felt Tesla’s targeting of criminals, the mentally ill and ‘undesirables’ was a revealing pretension; he aspired to an elitist, wasp vitality so clearly the opposite of his own impoverished, mentally unstable, ethnic otherness. He was a marginalized (and sabotaged) genius with an unsurprising massive inferiority complex.

Yes! it really was not easy for him. I didn’t want to sound like a cancel culture crazy person over him & don’t want to diminish his genius – he was & still is one of my big history crushes. But some of the current Tesla fanboy-ness out there can be grating. He was such a mixed bag of obsessions and oddities; a genius & wild eccentric – so easy to ridicule or worship …. Must fly, there’s a pigeon on the window sill calling me ;-).

Wish Upon a Star
Reply to  BillyD

LOVE me some Shirley Bassey.

A friend of mine who has gone down the track of conspiracy theories is a huge Tesla fan and has mentioned some fascinating inventions of his. If even a tenth of what she says is true (vibrational machines that cure cancer, mini conductors in the backyard for all your electricity needs etc etc) shame on those who have suppressed Tesla’s inventions.

Chilling indeed. The man was obviously a genius and his intellectual property was stolen. Love the Uranian types. LOVE lightning and storms especially at night. I’m surprised we haven’t made more inroads into the study of vibrations and the use to society it could provide. Perhaps another Uranus transit will bring that into our world. Apparently the ancients knew all about it and it’s how they built their enormous monuments. Too interesting.

that final detail CHILLED me. Thank you for these deep dives as always Mystic.