The inventor of the iconic Rorschach test – yes, the inkblots one – was a triple Scorpio and a 12th house triple Scorpio at that. How suitable is that for a test that supposedly gauges your psychological state via what you see in something totally abstract?

Hermann Rorschach was a Swiss psychiatrist and artist – he painted the ten “inkblots”- who said things like “Reality is created by harmonics that are physically manifest as mirror reflections of the soul.” So you’re probably thinking that sounds like something a barista might say to try and upsell you to a single-origin coffee bean but the Doctor was operating at the dawn of the 20th Century. He was new age in the old age.

I had to take a Rorschach test at school and I think I flopped it. Having explained that there were “no wrong answers,” the woman whipped out one of the inkblots and asked what I ‘saw.’ I said, “it’s a monster,” wondering what the fuq else it could possibly be. Her face fell. Sensing danger, I back-pedaled like crazy, and three sentences of fake-reconsideration later, I saw a butterfly. That seemed more than acceptable and I don’t think we even did the rest of the inkblots. Or maybe I stayed on the safe side and saw only butterflies from then on.

Why did nobody tell me Rorschach was handsome and romantically minded?! He said, “psychological tests are doorways of insight through which we move out of the box and into the light…” Not ‘don’t mention monsters.’ His natal birth chart is a super apt reflection of his interests and achievements.

He had the Sun, Mercury, and Lilith in Scorpio/the 12th house with Lilith trine the Moon in Cancer/the 8th house. Venus and Uranus were conjunct his Midheaven and Mars was exact conjunct his Saggo Rising.

Unaccepted by the Swiss academic scene – perhaps as he was rumored to be interested in mysticism, he fled to Russia, fell in love and wrote Psychodiagnostik, to explain the test. Sadly, he died before he could see it become successful. Venus, Uranus and the Midheaven attest to the fact that 100 years after he invented it, his test endures and still bears his name.

Most flatteringly of all, it has become part of the language, reference by everyone from Jay-Z to Hillary Clinton. Thoughts? 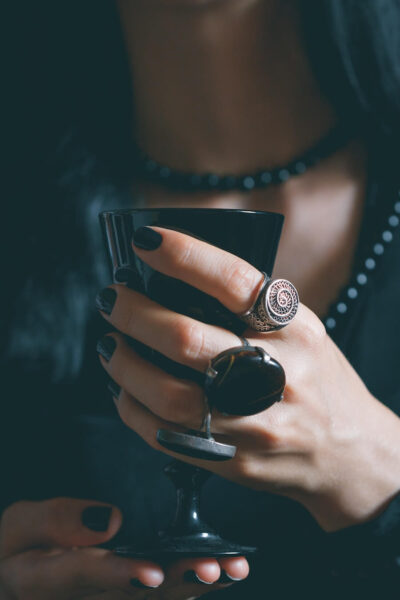 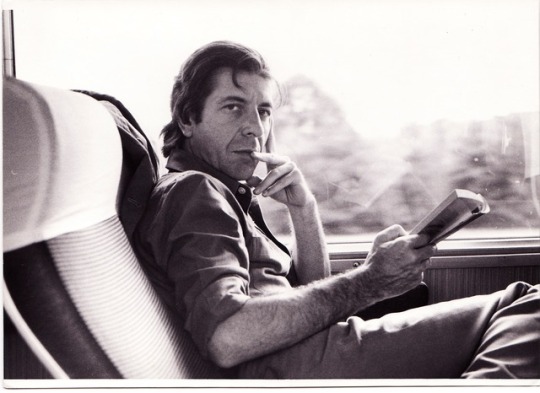 Today it’s a brain, cracked in two & a key inside. Holy crap this is amazing!

I see that too! An ancient long key right in the middle of the brain 🧠

I love this man. I wrote my university thesis all about the Rorschach inkblots and found Hermann incredibly fascinating. He was onto some Tesla-level insight about phenomenology, consciousness, and manifestation and it often makes me still wonder if he was somehow killed off in a way that was played as natural. His book is truly poetry. He was also an artist, and he was trying to find a way for nonverbal people to communicate through art, which is how the inkblots came into existence. He was also experimenting with subconscious intuition – trying to see if his own thoughts while… Read more »

Your love story made me smile. “I guess he saw my soul.” Indeed, he did. 🙂

I think I just swooned.

Also, clearly labia. You can take the woman out of midwifery..

Today the ink blot is a staring dragon

My first impressions changed dramatically. I cannot escape seeing a pen, a lantern and lungs now, but first up it was the sacral area.
Most Scorps I know and love are natural psychologists, able to hone in and present back to you your deepest shadow, casually and directly. Inconveniently, lol. It’s always shocking. But I see this perennial vulnerability, too – because when they see through veils all the time, they must feel terribly exposed/buffeted. I guess. A walking contradiction of innocence/world-weary, my Scorps. Thanks MM. X

Earthstar, that is such a good description of what it’s like!

Just coming from heartbreak watching what some of my (very close) Scorps go through. It’s really childlike, the sense of wonder – even if they have seen it all.💗💗

Hope you are ok JupiterR. 🤗 You don’t always have to go it alone – reach out if you need. Xoo

Fascinating post. He is indeed a great expression of his 12th house Scorpio energies, plus I feel of his venus-uranus conjunction, which is also conjunct his Libra midheaven. He created something so very original (I believe?) but with an artistic beauty to it, and with the romantic notion of it being a way to bring people into the light. Aah, what a gorgeous blending of Libran, Scorpionic and 12th house energies he seems to be. I’m nearly swooning, Mystic!

And yes, there’s that Mars rising to throw in a good dollop of masculine hotness…

That line about the barista made me laugh out loud. Brilliant stuff as always Mystic!

I see a skull/sea creature!

most comments read ever MM

A Maori,I encountered not so long ago called psychiatry – white man voodoo. Food for thought.

I’m suprised mystic let this through, most times she doesn’t. Thank you for the moari comment, no shortage of first nation here. (to mystic – heliospheric coming)

A creepy insect with a key it thinks it has to understand feminine wisdom.

Dragon – even though I’ve spent the last two or three days seeing and photographing fantastically coloured butterflies everywhere I go, they are not what came to mind
Scorp asc trine mercury + lilith in eighth is clearly not easy to reprogramme 😆

He looks like a Rugby player with a haircut from 2021. I remember frustrating a psychologist with my 11 yo answers as well. I see an angel with her aura pulsating along her chakras

So fun that you mention his rugby player haircut. He has Mars conj his sporty Sagg ascendent. I wonder if he was into boxing.

I see a woman’s pelvic floor and two sperm cells swimming upwards, ehm, what would that say about me 😀 I also see Maleficent. I too have scorp 12th/1st houses with NN and Uranus there conjunct my ASC and I am a psychotherapist mainly working with women’s issues :-))

The barista joke is hilarious !

It looks like an eagle about to take off.
And it also looks like the sacral and hip bones of a woman.

Intriguing and fascinating. You made me inspire to do some inkblots, just for the fun of it …and who knows what may come out of it ..

I’ve always wanted to do one of these tests

Looks more like a brain than a butterfly.Venus in 12th meant never being happy doing ‘marriage’ as in cohabiting with man of moment. Moment being THE word.
He was onto it about harmonics not sure about the ink blot test….

A psychotherapist gave me the test and all I saw were ink blots. She gave up after the third card. I’m surprised by how modern he looks. Or are we looking retro?

Wish Upon a Star
Reply to  Billy D

His hair cut is very modern.

Mergoat Scorp
Reply to  Wish Upon a Star

Yes his hair is very now I agree. Sexy look, all in the eyes. As for the image, I see a phoenix. Might be my scorp.

Wish Upon a Star
Reply to  Mergoat Scorp

His got a very strong vampre🧛‍♂️🦇 hairline. Must be a Scorp thing.

I think it says that he keeps alot hidden but is very passionate.

Are there sentient beings who don’t see monsters in Rorschach tests?
I think you’re delusional if you don’t see increasingly terrifying monsters the longer that you stare into the abyss/ inkblot

I basically see monsters, bats, vaginas, angels and butterfly’s in most Rorschach ink blots. Perhaps it is the lack of weight in my natal chart toward outer planets. I enjoy the prosaic.

I see monsters trying to act/ look like butterflies

I wonder if all those things you see sphinx could represent the same thing? I know. I know.
but monsters, angels, vaginas, bats and butterflies to me point to the same thing – is that weird? 😽

Do all mega-Scorps have hooded eyes like that? I might have had a beautiful promise of one, but I blew it due to my Cap(ricious)ness. Though he had only Scorp Venus in 12th house, conj Uranus (rising) and Sun in 1st. I do not think of him as handsome, neither of Herr Dr Rorschach. Intense? Yes! Soul-shiveringly desirable? Probably. Handsome? Errr…no.

By analyzing our perceptions you glance into the subconscious…. A triple Scorpio must be intensity personified lol. He’s got eyes that see through you, such a 12th house trait.

Handsome. Cool haircut. And outfit. Let alone a brilliant brain. He is proof astrology works with all his placements and Scorpioness. The older I get the more I love and appreciate Scorpio. Thanks MM you are brilliant.