White was doing ankhs, chakras, planet symbols, the Eye of Horus and apocryphal bible kitsch well before it was ‘cool.’ He was probably the first person to have a Redneck accuse them of being an Illuminati prince.

An avid astro fiend from an early age, he named the band after his birth chart, which he interpreted as having no Water element in it. Never mind the Scorpio midheaven that he worked so brilliantly.

He Was Talking About Vibrational Frequency Well Before It Was Fashionable

He had the Sun conjunct Mercury in Sagittarius, in the 12th house. That alone is the signature of a seeker, a person questing after transcendental wisdom, with no ulterior motive other than to know.

“I started out as a kid being very religious. I wanted answers to a lot of questions that I had and I took the mystical route and did research on a metaphysical level to find the truth.”

Shamanic Neptune square the Sun-Mercury and trine Saturn conjunct Uranus in Taurus amplified what could have been a private journey.

He studied Egyptian mythology, made decisions based on his dreams, took tonnes of vitamins and stayed sober for his aura. This double Saggo guy was vegetarian and talking about vibrational frequency well before it was fashionable. He carried his journal/book of shadows/ideas diary with him everywhere and tried to balance his Earth-Moon (Capricorn) with his Fire: Sun, Mercury in Sagittarius, Mars in Aries and Pluto in Leo.

Asked about his interest in cult science, astrology, and mysticism, he said: “If you come from a hip place, all these things help because they give you insight to your inner self.” 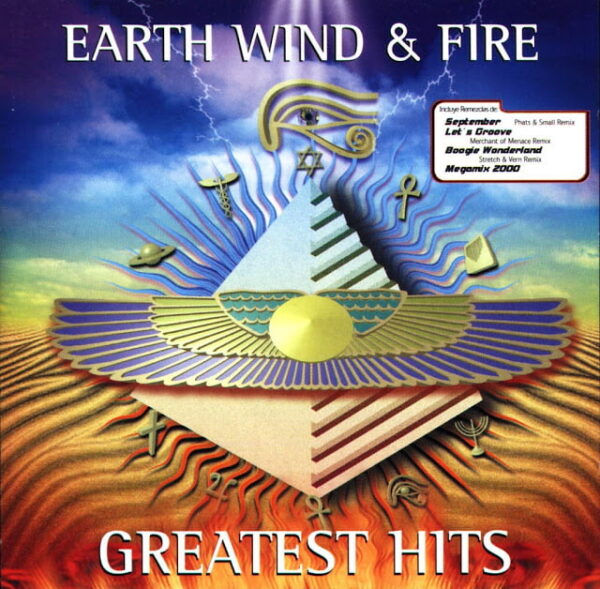 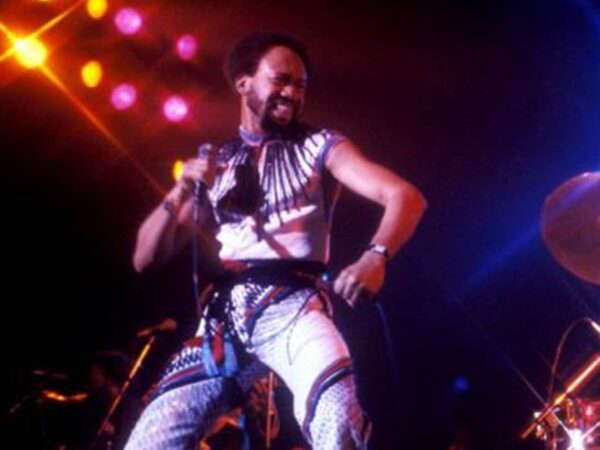 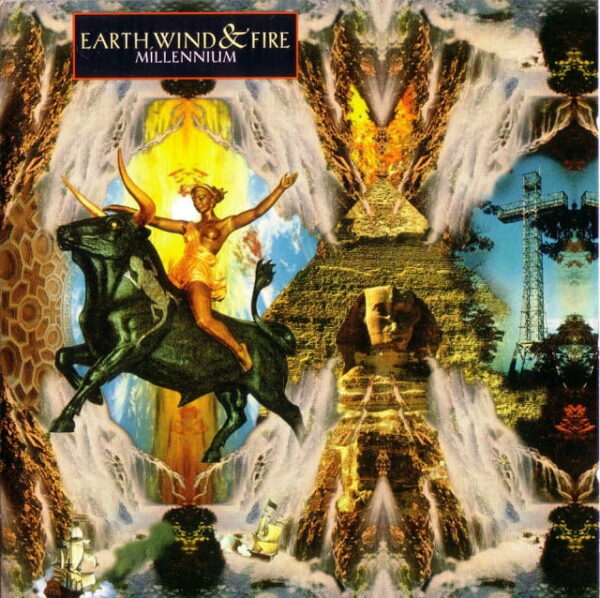 Are You As Super-Uranian As Freddie Mercury?

This is why I subscribe to this site – who else in Australia would laud the spirituality of a successful funkmaster through a detailed analysis of his chart – no one in the US either – glad that you are logging/publishing a small part of your brain and experience here Mystic!!!

Was listening to Earth Wind and Fire last month November..first time in about 10 years..Coincidence..???

Listened to “Jupiter” nonstop during my Jupiter Return this past year. Amazing amazing to see the astro resonance, and also to feel validated in knowingly incorporating astro into my own personal branding (also Scorpio MC, including occult elements is auspicious?).

YESSSSSSS! Thank you for unpacking this geniuses Astro playground. I was recently invited to a live concert of the now aging originals. in some ways they were able to carry forward the spirit of this great artist but where mr. white TRULY lives on is in the hearts of audiences singing EWF’s amazing and unforgettable songs in unison at the top of our ever grateful lungs. Thank you mr. white. Your music and influence continues to be a blessing for the whole world♥️

Beautiful person. I was wondering about his style compared to another 12th House Sagittarius Sun-Mercury music hero of mine – Jimi Hendrix. Whereas White had no Water, Hendrix had no Earth. White was tethered to Capricorn (Moon & Rising) which makes mainly harmonious aspects to his other planets; and Hendrix was challenged by Saturn – which opposed his Sun-Merc and is mainly in harsh aspects to his other planets. White worked hard to consciously bring joy to people & lived a longer & relatively drug free life, whereas Hendrix plunged in to his passion & depth of feelings (Cancer Moon)… Read more »

Body type solid but compact, and those Sagittarian life-toned (not gym-styled) ARMS AND THIGHS! My people (Sag Rising)! Bit stress-worn, and age-curved, but my god i am inspired by one of my tribe to sing life, keep up my movement practice and know what i do for open-hearted and reach-to-the-skies spine and ribs makes my bottom better. No Sag works their bottom! The thighs, cleansed gut and heart-smile lift it!!

“If you come from a hip place” is probably the craziest-best way to deal with inner journeying, and all the uncomfortable revelations about yourself. I’m glad, as a Pisces, that my strong Sag energy draws this golden mantra in the form of soulful and out-loud Sagittarians who truly want my golden confidence to shine light when i am dark on myself and my life. All Fire signs can create a party, but Sag brings the rock ‘n’ shaman drumbeat that is their fire glamour. I love that many I know are deep into spiritually attuned practices like veganism and chakra-powering,… Read more »

Thanx it just brought tears to my eyes. Musta been playing in the background of an episode in my life. Music IS memories like perfumes. Lovingly Limbic.

Yes, Pegasus, it’s Loving and Limbic, and this former (until the 12th of Never) musician is going to listen again for the production values! Do you realise as a Sage that people see your free spirit and float unwittingly over your production values? Artistry is seen to be Leo, Virgo, Libra, Kataka etc. Maybe Sages float freely over their own Production Values. My in-the-now buddy Sag is Cap Rising, a theme in a couple of my friendships, as well as Taurus energy, so a fantabulous (that means REAL to me) synergy of exuberant elegant beauty.

Man, this post with the picture of him plays this tune, and i sang along a bit of it from my mind. Thought your selection might be different, but YES that’s the one!!!

Have a listen to Sun Goddess featuring EWF. Was originally Ramsey Lewis and the theme track of my life circa 75. Thanx to Spotify have a Memory Mix on playlist. ‘September’ used to give me chills as it felt like a song about my father.
Used to embroider Horus and Ankh’s on friend’s jeans in multitude of colours.The Flower Power anthem led me to Aromatherapy in Europe ’79, after turning on tuning in and dropping out, alive and well living in a different country under a another name.

Well of course he’s a Sagg 🙂

When I first read this post I thought of you our wise Pegasus.

This songs feels like my spiritual home. I can picture being at a family member’s house and the parties that would go on, the food, and of course the music…

Wow! I grew up on my parent’s 60s and 70s music but disco was never their thing. I know Earth Wind and Fire but knew nothing about them. Now I have a new muse! I also have Neptune square Sun-Mercury and trine my 12th house Saturn. I have very similar interests. Will be checking out their music on Spotify today. Thanks for another interesting profile Mystic!

OMGoddess! Earth, Wind, and Fire still have concerts and they consistently sound great! They aren’t a band that goes on tour because they want to add new wings to their mansions or are about to be broke. You can literally feel the love when they are on stage! I always sensed astrological and mystical connections in their music, but thank you for really showing it for this phenomenal person and band! I saw their tour bus parked outside of a concert hall, and its vanity license plate says, ‘BLESSED.’ Even their wheels possess spirit!

What a bio Mystic. Boogie Wonderland indeed. 🙂 He feels like my brother from another mother. They are one of my fave bands from the 70s so much so I was listening to them not a week ago.
Sag rising here with a few things in the 12th and no water either.

Well, golly. I guess I know what’s on my playlist this afternoon. As FireTryin’ said below, right on.

Thank you for the astrobiography of this man and his band. I have loved this music forever. I always, ALWAYS, get a huge hit of something possibly akin to quintessence when it plays. I am so alive listening to it… (Sag Rising here). I’m thrilled just reading this. I love the final quote: “If you come from a hip place, all these things help because they give you insight to your inner self.”

Hey, FT, i just blammed in upstairs riffing off the same quote, and i suddenly feel i can understand the word “Quintessence” better. It has always got me stuck! Cheers xx

What about a blog on Hot Chocolate: Everyone’s a Winner Baby? So apt for a new Jupiter cycle.

Oh boy I loooovvee that song.

I can’t help the segue way. I’m a Gemini.

MM Member
Aqualady
Reply to  Wish Upon a Star

Segue away WUAS. I love me some Hot Chocolate.

They had so many great songs. Whenever I think of them I think of that Malteser album and the song It Started With A Kiss.

Fab insight into the the legacy of my discoteric roots – sun conjunct mercury in Sag, Cap moon and mars in aries. 21st of Sep personally resonates with me too.

Oh I love this! I have an affinity with him based on reading this. I must listen to more of their music. I have this really strong nostalgia for the 70s, music especially despite being born half way through. I know disco is seen as so vapid but dang it was colourful and fun. My parents had a disco at this time so maybe it’s more to do with that. My Dad is Sagg and did the 70s thing so well. I have Sagg somewhere in my chart time to investigate.

Like all genres there’s the bandwagon add-ons, but Disco is Soul morphed into super-glam shaman in its true form. Transcendental! I love that it spoke deep and joyfully in little kids. Play is life.

oooh i love this Mystic. As a Saggo moon + Jupiter my highest planet, disco/funk/jazz lover and astro-fiend, he’s a bit of a hero & I have to lament never getting to see him perform….guess this is my cue to put on a EW&F record and keep perusing this site as a tribute to his fab vibe. 🙂

No wonder. I utterly utterly was and still am hooked on all earth wind and fire albums. I would play them on loop and it was almost drug like for me so obviously working with my Neptune. Now it makes sense. Love love love. A simpatico soul

I’m beginning to realise I’ve lived out so much of my saturn but now want to explore much more of my sun jupiter in the 5th. Crushed as a child but about to blossom finally. I’m going to retire my Saturn and enjoy the rest of my days.

MM Member
emg
Reply to  Wish Upon a Star

MM Member
emg
Reply to  Wish Upon a Star

Your Venus is bound to conjunct a planet or three of mine then. We really do have a very similar configuration of charts..

I don’t think you could epitomize disco any better