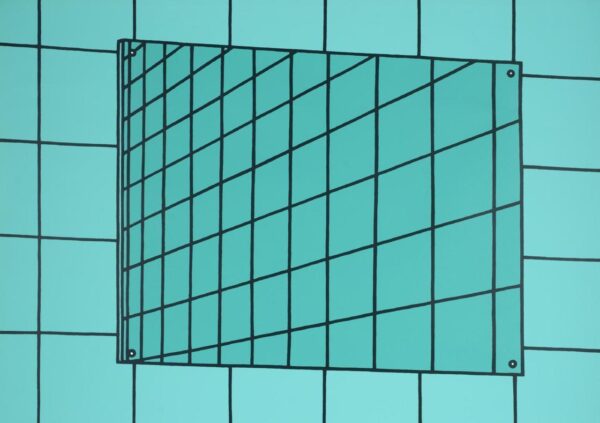 What is the best astrological timing to take on a gigantic and corrupt corporation? In situations like this, it is not enough to merely be ‘right.’ The Gemini economist John Maynard Keynes warned that sometimes “the market can stay irrational longer than you stay solvent.”  In David Versus Goliath cases like this “Ask Mystic” query, it is more that the corporation can stay solvent longer than you can remain sane or solvent. But decent timing can help any venture. First, here is the dilemma.

We have a quick question regarding the timing of some communication we’re planning that has the potential to go well publicity-wise for us. But it could become a s**t fight with the company we want to call out. After reading about the current astro climate, we are uncertain.

In a nutshell, a giant fast-fashion retailer in Europe has copied one of our original bag designs identically. We’ve contacted them and haven’t received a response – no surprise, and we didn’t expect one (cynical!). They have a €2+ billion annual turnover and a history of winning these types of cases, so we’re not going to go legal with it. We want to rally our supporters and bloggers in the sustainable and ethical fashion world. We’d do a social media post explaining the situation and the broader impacts on the Fair Trade artisans who make our products, tagging the company.

Do you have any advice on astrological timing, please?

Wow. It’s fantastic that so many of these big companies don’t seem even to try to buy your design or expertise. Sure, maybe you wouldn’t want to sell a design to them for an ethical reason. But you’d think that, for a company, being known for treating creatives, artisans and designers would be a cool branding decision.

Things are shifting, though. I wrote about it in Freak In About The Economy. And, far more elegantly, here it is in this Guardian article from 2015.

Capitalism, it turns out, will not be abolished by forced-march techniques. It will be abolished by creating something more dynamic that exists, at first, almost unseen within the old system, but which will break through, reshaping the economy around new values and behaviors. I call this postcapitalism.

Almost unnoticed, in the niches and hollows of the market system, whole swaths of economic life are beginning to move to a different rhythm. Parallel currencies, time banks, cooperatives and self-managed spaces have proliferated, barely noticed by the economics profession, and often as a direct result of the shattering of the old structures in the post-2008 crisis.

By creating millions of networked people, financially exploited but with the whole of human intelligence one thumb-swipe away, info-capitalism has created a new agent of change in history: the educated and connected human being.

It is the elites – cut off in their dark-limo world – whose project looks as forlorn as that of the millennial sects of the 19th century. The democracy of riot squads, corrupt politicians, magnate-controlled newspapers and the surveillance state looks as phony and fragile as East Germany did 30 years ago.

Fundamentally, the Zeitgeist is shifting toward people like you and away from corporate behemoths.

As for the astrological timing of this, see it as a formula. You want the moment or phase when multiple factors are working together synergistically, to achieve more than they would on their own.

Jupiter in Sagittarius until December is broadly useful for publicizing the truth and authenticity business. You could do it in a “here is the bag, designed on X date and here is the identical one, mass-produced and launched on Y date – what do you think”? Do not say anything that a lawyer on a hefty retainer could constitute as slanderous.

In terms of a more aggressive play, such as calling them out or a legal move, September is ideal. Why? Because Mars in Virgo will be in beneficial aspect to Saturn and Pluto. Going from the 8th to the 20th, It is the perfect astral formula for righteous action. Mars in Virgo for details mastery + Saturn for gravitas and selecting the right advisors. Add in a bubbling beaker full of Pluto for the move to result in legitimate transformation.

I have been schlepping about promoting fair trade since the 1980s. Bought my Christmas presents from the old CAA catalogues and my dry foods for the Franklin campaign at Friends of the Earth in Melbourne before going off to be arrested. Fell into Aboriginal art centres in 1986 and have become a leading advocate for them in multiple ways for 30+ years from administration, research, consulting, crowdfunding, children’s books, pioneering cross-cultural collaboration project with Indigenous designed fabrics hand-printed in Australia made into fair trade products in Cambodia by fair trade social enterprises employing disabled people (I kid you not) and… Read more »

Mystic, you have become my most favourite human being, right now. This is Woke Active Astrology.

I am disgusted by the fashion industry. They’re one of the top contributors to climate change. I rarely buy clothes these days, and refuse to buy anything new (used/vintage/thrift only), unless I’m supporting small artisans. Everyday we vote for the kind of world we want to live in by how we spend our money…

Same. Sustainable, pre-owned or re/up-cycled is the only fashion I endorse.

Crowdfund three enormous billboards in commercially important locations and design-shame them: a picture of a a crying baby (or something. Kids with crayons?) and your/their bag, and something belittling but also funny like “Aww X-corp, can’t pay enough people to come up with an original design? ” I dunno. They’re rich enough and they can’t even be real. Etc Good luck Also with advertising sometimes there are things called distress placements where you can buy space for cheap, but it just has to be the right space that’s all I mean you’d want to be very sure you had a… Read more »

Didn’t someone take on Elon Musk for stealing the farting unicorn? It came to a settlement I believe…The artist in question is Tom Potter.

I have a cousin whose clothing designs were regularly, overtly, and blatantly stolen by an extremely high profile fashion house. In the end, she shifted her entire area of design, and that is how she became acknowledged in her own right for her own designs.. All that the corrupt corporate company has to do is to produce evidence of an earlier design date than that of the small business – they have the means to do so – and things can turn very ugly. Truth does not equate with justice. No amount of astrological alignment – or social revolution –… Read more »

The Mercury Retrograde Time Out Of Mind Warp