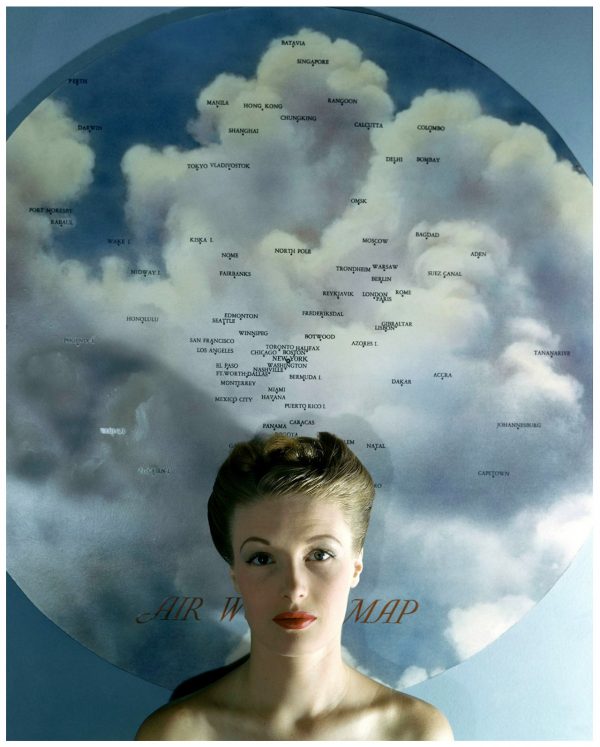 Air Signs need ventilation. Elementally, the zodiac signs of Gemini, Libra, and Aquarius are attuned to the winds.

In magic, each wind is a realm ruled over by a deity. Winds blow between worlds and dimensions, carrying messages and memory along with fragrance. If you’re an Air Moon or Mercury, a breeze can bring a premonition.

Some people can sense when the air between people stills or is stale. Air has to move, or it’s powerless. Air Signs need ventilation: the constant circulation of thought and ideas. It’s not so much that they’re intellectual, as such, but that their best mode is thinking. Too much emotion cloys their psyche. For them, adhering to dogma is a stress event. The very word “ventilation” comes from an old Roman Air God: Venti.

Air Signs Are Attuned To The Winds

You could argue that “overthink” as a criticism or thing to avoid is derogatory to Air Signs. Who sets the thought quota?  Geminis are the most strikingly Air in persona because they’re also Mutable. They’re often breezy and visibly frustrated if things don’t feel fresh enough. But Libra and Aquarius are just as much Air; albeit more subtle about it. Libra likes to come across as a zephyr but will whip up into a tornado when required.

Aquarius is tapped into the atmosphere, responding to shifts in the barometric pressure and sensing when air particles are charged with electricity. Elementally, their psyche is set on a storm cycle; pressure build-ups, lightning-like zaps of realization or ideas and then the cleansing negative-ion stage of it.

The Aquarius Psyche Is Set To A Storm Cycle

In this era of the dominant elements being Earth and then Water, the Air signs are not as supported. Reality factors such as the economy are impassive, not progressive, and hard to shift. Free expression of feelings and emotional reactions are fashionable. Ideas are harder to air when being ‘wrong’ or creating offense has significant consequences. There won’t be a potent, long-term air presence until Saturn in Aquarius from late 2020. But next decade is Pluto in Aquarius (2023) and Uranus in Gemini (2025).

It makes me think of D.H. Lawrence (he had a Grand Air Trine between Uranus in Libra, Pluto in Gemini and Lilith in Aquarius) and his poem Song Of A Man Who Has Come Through.

“Not I, not I, but the wind that blows through me!
A fine wind is blowing the new direction of Time…
…the fine, fine wind that takes its course through the chaos of the world

…What is the knocking at the door in the night?
It is somebody who wants to do us harm.
No, no, it is the three strange angels.
Admit them, admit them.”
Thoughts?
Image: John Rawlings

I love this post! I’m double Libra with Libra stellium and I have always thought that winds are magical. Sometimes I have a palpatable sense of “the wind is changing”, and the wind at times also seems to correspond to my feelings – it’s comforting. Ha, and I love DH Lawrence!
And I agree SO MUCH with this: “Free expression of feelings and emotional reactions are fashionable. Ideas are harder to air when being ‘wrong’ or creating offense has significant consequences.” Wow, perfectly described!

I’ve often wondered about the way people perceive Aquarian’s and emotions. I’m very emotional, I cry a lot and talk about my feelings all the time with lots of people. We’re not all cold robots, I don’t understand it.

Gemini Sun here with only 13% air in my chart. Water, Earth, Fire dominance in that order.

When I was younger and knew nothing about astrology I just identified with being a Gemini. But of course most people saw the Pisces rising with far away eyes.

It makes sense that I love the wind. It can shift my energy quickly and make me feel lighter.

Lucky I live in a windy town close to the bay.

For those of us heavy in air and light on water and esp. earth, what sorts of stones should we be thinking of to help balance our energies out? Working *with* the Earth vibe will help us in the run-up to the SP Conj., yes?

A Moon in Aquarius July experience in six stages:
“I really need to cry, I feel like I’ll feel better if I cry for a bit”.
*tries to concentrate on crying*
*starts crying*
*starts analysing the crying process and then starts to laugh*
*tries to keep focus on the relief crying gives, getting angry with self*
“Ok, that was a decent cry, back to business now”

It’s NOT easy being an air moon in these intense times, LOL.

Great post, love the concepts. I’ve always found the winds magical and engaging and sense the time warp on them.

Thank you Mystic. The perfect poem for a constellation of six in the twelfth house Aquarian who shifted…. the fine winds blowing through her (Not I, not I) on a recent silent retreat. Lawrence’s poem captures the sense gloriously

Aqua merc is my only air. Love the barometer vibe storm cycle thought. Sometimes I feel like my mind and body are on two completely different planes, air v earthwater.

“the cleansing negative-ion stage of it” ….maybe that’s why ultimately I go to the ocean when I’m the most stressed and need that final release, resolution, and grounding from the salt in the air there. I’m Aqua Sun and Mercury, and also Pisces moon and Crab rising, so being by the sea and breathing in the ocean breezes really resonates for this combination, I think.

I also love the balm of salty air from the ocean, but generally wind undoes me, particularly hot, parching winds unless accompanied by healing rain. Gemini moon in sloppy 4th house, Neptune in Libra and lots of Cancer/Pisces & Scorp to wash the air right out of my sunny Leo hair.
“A hard rain gonna fall”. “The answer my friend is blowing in the wind” Dylan, Gemini sun.

On man…I ALWAYS go to the ocean when I’m stressed out…I just did 2 days ago. Gemini sun, Aqua rising. Earth moon and Mercury.

I have a lot of air in my family – like herding cats but they can be the sweetest.

There’s quite a bit of Air in my natal chart – in Libra I have Pluto, then Uranus and Lilith conjunct my ascendant. My north node is in Aquarius. The most challenging is Saturn retro in Gemini – Saturn being about limits plus being retro makes it a little difficult to get the air circulating! Having said that, he keeps the 4 planet stellium of Neptune, Mercury, Venus, Jupiter in Sagg in check. All that fire would be out of control otherwise!

I have Libra Sun, Aries rising and Saturn at 16 Aquarius.
I keep wanting to travel to find room to breathe.

It’s odd Aqua man although a grand trine in earth cannot have himself muffled up or covered up He’s strips off clothing as he needs to breath? I keep telling him that it’s through mouth and nose but he argues his skin has to breath or he’s oxygen deficient ? Maybe this is it

I agree with aqua man.

High Earth/Fire with only Uranus in Aquarius, so basically no Air. Have spent my entire life surrounded almost exclusively by high Air people – 5 planet Aqua stellium dad, Libra Rising mom, Libra Moon/high Air brother, best friends since childhood have been Gemini, Libra, Gemini, Gemini, my grandmother is suddenly extremely enthusiastic about astro and she is Libra Rising/Aqua Sun… Interestingly I was always the “head in the clouds”/more “intellectual” one (according to the Air signs themselves) and always experienced the Air people around me as much more social/breezy/able to let things go and bounce from activity to activity or… Read more »

notaclue
Reply to  Saturn in Pisces

Singularity AI sprang to mind but maybe not because … oh never mind.

Sam
Reply to  Saturn in Pisces

Preceded by Saturn, I contend that one possibility of the outer planets shift into air is the control and technologisation of ideas and thought itself. As notaclue mentioned, AI might fit right into that category. As Jupiter has a 12 year orbit, then I think that Jupiter into Libra around the time of Uranus ingress into Gemini will be a big fuqing deal as far as the business end of those concepts go. When Neptune goes into aries, I’m considering the dissolution of the individual in some way. Identity in the cloud.
Wow

There should be UFC, with the Octagon, except it’s an Ideas Octagon and there are no rules.

Omg I just remembered I have Mars in Aquarius hahaha

Mmmmmm this is so delicious! The winds, oh my gosh. When there’s a Northerly I get tingles, words can’t properly describe how it makes me feel nostalgic for something I can’t remember or hasn’t happened yet. I also have a grand air trine Pluto in Libra, Moon in Gemini and Sun (Asc, Mercury and Mars) in Aquarius. This Aquarius description is so absolutely spot on, I’ve tried to change after being shamed for the “storm cycle” and not being grounded enough which seems like such a valuable commodity, but it makes me sad and confused. So I’m learning to embrace… Read more »

Great post MM! I remember you posting about the wind years ago. It gave me so much insight into our connection with the wind. I live on a hill & after 12pm a light wind kicks up most days. If I’m home I open up the house, even in winter, & let it rush through like some ancient ritual cleansing. I keep ornaments on the brickwork that sway gently, but clang in the breeze, it reminds me to listen, stop & breathe. My aunt would tell me the wind will change, whenever I pulled a face as a child. I… Read more »

I also remember that post and have been paying attention to the winds ever since. I love this cleansing ritual, delish!

Thanks Mystic! I love this and completely relate. It’s so refreshing to hear. I looked at that photo and instantly recognised why sleeping is not an easy state for me, unless there’s a big fat moon in Taurus, and a whole lot of planets transiting in there and pulling on my Scorpio stellium. I have a Grand Air Trine with Moon in Aquarius, Ascendant in Gemini and Uranus in Libra, plus Saturn in Gemini, just to really assert my innate need for constant change and stimulation as a measure of life success and satisfaction. One question, is it even possible… Read more »

Yes it absolutely is possible for us to have long term romantic relationships! I was with a Sagittarius man for 15 years. I ended years ago after 2 kids, just needed a new life of my own but it was a very loyal and loving relationship during the 15 years