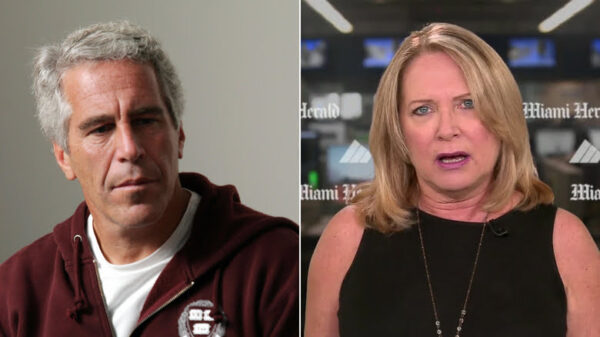 The Jeffrey Epstein astrology is fascinating. Having dealt with a low-rent version to him, I get vicarious redemption just watching this unfold. The victims are getting their day in court, and the communal reinforcement they deserve. It’s such a robust sync with the Saturn Pluto conjunction and Pluto square Eris.

Saturn in Capricorn is already full-strength, as it is the sign he rules. Aligned with Pluto, he’s the Karma Cop. Saturn and Pluto only align once every 38 years. The last time was 1982, interestingly when Epstein launched himself as mysteriously extremely-successful-at-warp-speed finance guy. He’s a Capricorn, with a Saturn-Neptune conjunction square that Sun. This round of Saturn-Pluto is squaring that. He would have thought he’d gotten away with it – all of it – back in 2008, just before Pluto got into Capricorn. But no.

Jeffrey Epstein Astrology One – This Started Back In 1982, With The Last Saturn-Pluto Conjunction

And in case it is not super-evident, the charges and this situation are not just about the depravity of one man. He was feted and enabled by hordes of people, many of them A-Listers. All these people knew. Given that he had accomplices, as well as recordings for blackmail (that was his real investment skill, apparently), there will be a string of arrests following this. I always knew it would be epochal and the Jeffrey Epstein astrology fits that – he is a Saturn-Pluto poster person. But the epoch ending is toxic patriarchy and slavish coverage of a specific class of people ‘just because.’  The bail hearing is set for the day right before the Lunar Eclipse; excellent cosmic choreography!

Media-wise, it’s alien-level weird, like Vanity Fair magazine and Law & Order S.V.U. had a baby. There is an unbelievable amount of names in Epstein’s little black book; some will be perps and others just Space Dust Shamans and Tabloid Geishas who would have met him on the charity circuit. There is frenzied speculative name-tossing on Twitter and places like Crazy Days & Nights. Princes, Prime Ministers, Academy Award-winning directors, A-list actors, and even notably large corporation.

A woman called Julie K Brown broke the whole story. I am longing to know her birth details or even just the Sun Sign. She’s given the victims a voice, dragged possibly the world’s greatest sleazebucket toward justice and revived public regard for old-school journalism. Freelancers or lifestyle writers can not do these sorts of stories. They need committed, courageous staffers backed by an organization with resources and guts.

She is the Pluto-Eris angle of this. The Change God and Eris-Persephone square is a catalyst; erupting feminist rage and revolutionary fervor.

I bet you Jeffrey Epstein, and Co never thought they’d meet their nemesis in a five-foot-tall single mother reporter from Philadelphia. This is her in the process of getting the story together, below. I chose this picture because the demeanor of Virginia Roberts, the girl she is talking to, is so poignant. It is a simple picture that transmits a powerful message. 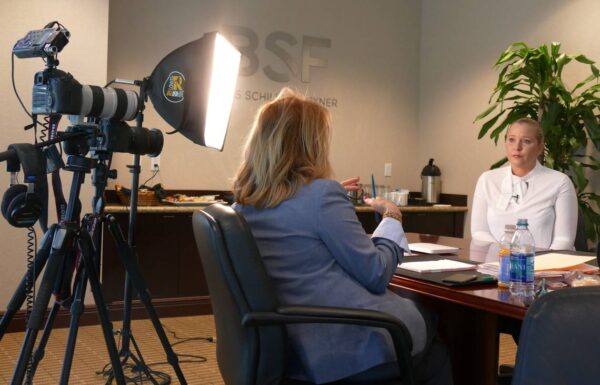 You May Not Believe In Magic But…

The Pisces Man In Love

I’m wondering if anyone has any thoughts on Epstein hanging himself in prison yesterday? It’s difficult to isolate the astrological influences at the moment as there is so much going on in his chart and life. PLuto transiting his mercury and a full moon eclipse on his sun last January. Perhaps he had a mercury ruled virgo rising??

Look for cause of death in the vedic chart minus modern planets. Murder versus suicide.

Yes I noticed that. A distinct symbol of hood winking. And Neptune also transitted his Venus/Mars that day too – another symbol of deception.

I’m sure he’s a 29 Cap because of the coincidences with that spot. Does anyone have his chart? I’d like to see it.

Good call – it was not an in-depth take on his birth chart – I just looked at the ephemeris and it was more the Saturn/Pluto synergy that struck me. But hopefully at some point birth time will emerge.

This is good. The perspective has changed so much the last few years. I am shocked when i see films from just a few years back

i hope he gets a correct sentence this time. Money and power does not mean you can do these things. Not any more

“The Clinton Foundation could have involvement with child trafficking, approving untested vaccines from China and missing millions of donations from the Haiti fund.” – there is zero evidence of this. This is a MASSIVE “could.” And this is why we need investigative reporting, to remind us that the truth looks different than rumor and speculation.

I love and respect your take on his expose – this is not the work of a freelancer or lifestyle writer – this is an old-school journalist with the backing of her employer which allows her to hold to her morals.

This is what we’ve lost.

Not btw that I have anything remotely against freelance or lifestyle journalists. But investigative journalism takes months of work without a payoff for the newspaper covering it or advertisers. The irony is that the Miami Herald’s circulation and profile is now SO up and in a way that no pandering to advertisers would have ever accomplished.

There are astro writings elsewhere that discuss Eris as whistleblower. In that she’s one to point the finger or act on shonky situations. But perhaps more so risking outcast status or social exile to kick apart a rusted-together relational structure feels Eris-ian to me. Maybe the Pluto in cap bit denotes the how, where, and scale of things? The truth is never pretty, right. You need someone who doesn’t care what anyone thinks of them nor care what else happens, as long as the garbage is taken out.

I wonder if she has supportive 10th house aspects.

Echoes of R. Kelly and all the “enablement” that he got from handlers, friends, etc. with his own cult of underaged victims, too … Wonder if there’s astro similarity / significance.

The sense of entitlement boggles the mind.

hmmm… im thinking the reporter from Philli is either libra or cancer :))

I’m not up to date on this story but is she a “whistleblower”? If so, I wonder if she has anything on the Galactic Center as this spot is known for whistleblowers:

Interesting – I thought that it was more Pluto-Eris but I get this as well.

I was sexually abused as a child of 11 and lived with the shame of it, my entire life thinking that it had been my fault (he was NOT a family member but a teacher for gifted children. He had access to family records and knew my father was traveling for months at a time. I take no pleasure when “the mighty have fallen” EXCEPT when it’s a predator of children. The reporter is courageous indeed. May the victims find peace and compensation knowing one horrible human being gets to rot in jail.

If you’re in Australia, I can recommend the workshops run by the Blue Knot Foundation for adult survivors of childhood trauma. There is no charge to attend. They explain the impact of this trauma on your adult life and offer some strategies for living with it. Having attended one myself in March this year, I can say it is the best thing I’ve done…just to see the other adults in the room. Yes, I’ve done the individual therapy and continue to do it, but this was really good to do. You don’t have to share your story.

Thank you Stella for the workshops information. I am not in Australia but it sounds wonderful. I’m very happy you found it helpful.

I concur but I think there will be far more than one of them incarcerated.

Mystic – I absolutely agree. Those who “provided” the young girls, those who kept quiet … the whole disgusting lot of them. Sexual predators have been given a pass for too long. I see them falling in many many different areas. Big “gurus”, yoga gurus, it’s changing. I thank so many women (and men) who have had the courage to come forward. Many have lost most of their network (I’m thinking of one particular buddhist group – she came forward and many refuse to face that their lives, “devoted” to this guru was a life devoted to a fraudulent predator… Read more »

I’d like to think so too Mystic, but it takes a lot of effort it seems to even bring these allegations to light, then to trial and a successful prosecution, let alone going after the network who enabled this conduct, participated in it, or turned a blind eye.

patriarchy bring down is such a lovely time of year. why can’t it be this way always. just string them together and bring them all down.

I notice this time 11 years ago Epstein was sentenced to 18 months in prison for soliciting prostitution. 12 months of that was house arrest and the first 6 months he was housed in a private wing of the palm beach county stockade. Basically he got off extremely lightly. Transit Jupiter was at 17 Capricorn and transit Venus was 17 cancer. Epstein has a Uranus opposite Mercury/ Chiron along these same degrees. Saturn Pluto and the nodes have now caught up with those degrees and he’s not going to get the lucky Venus/Jupiter result he got in 2008!

I thought he was an Aquarius?

I don’t think we have a birth time for him so strictly speaking he could be cap or aqua. But I think a cap fits his billionaire success story and lifestyle more than aqua. Plus using the New York location of birth, I’d guess he’s a Scorpio rising which puts his Pluto in Leo on his MC.

Just found this 2003 Vanity Fair profile on Epstein while trying to really comprehend what is going on and who this scum is : https://www.vanityfair.com/news/2003/03/jeffrey-epstein-200303 « Epstein is known about town as a man who loves women—lots of them, mostly young. Model types have been heard saying they are full of gratitude to Epstein for flying them around, and he is a familiar face to many of the Victoria’s Secret girls. One young woman recalls being summoned by Ghislaine Maxwell [note : one of his ex-girlfriends who has morphed into his assistant/madam] to a concert at Epstein’s town house, where the… Read more »

Thank you for the link – I too fell down the rabbit hole this morning but hadn’t seen that article yet. Fascinating stuff

I wanted to say – the new Erin Brokovich.

Cashing In Your $$$ Sector