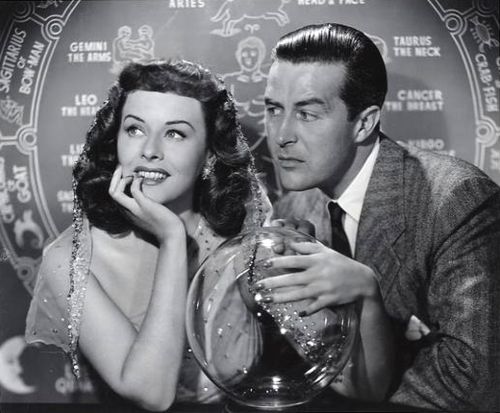 A quick question regarding astrology and online dating. I like to do first meeting charts for when I encounter anyone of interest.  Do they commence from the moment you right swipe and match with someone or is it from the first planned date thereafter?

I’m curious because during this eclipse energy I matched with two mega hotties and seemed to hit it off with excellent mental rapport and humor straight away. The chart energy is batshit though! I’m meeting both of them (separate dates lol) in the next few days and need to know whether I should be making contingency plans. Help!

You’re a Goat – you always have contingency plans! In fact, this new Earth Era demands permanent contingency plans on all our parts. Common Sense is the new chic. You can’t purchase it. it can only be earned and maintained via vigilance.

So for the uninitiated, a first meet chart is the astrology chart of the moment you first encounter someone. It can tell you a lot about the purpose or the nature of that dynamic. In ancient days, it was considered more important than the relationships between your planets (synastry) or the two charts blended together (composite) chart.

The concept of two worlds colliding or the stars being aligned is, of course, infused into poetry and songs. Some encounters are such a flashpoint of fate, libido, and soul-recognition that the first reaction is that something has happened. The astrologically informed person is like where’s the Moon? No wait, where the hell is Pluto?!  You sense the significance of the meeting with every single sensory unit of perception you’ve got.

Common Sense Is The New Chic

Strong Mars + Venus aspects on the day usually equal physical heat. Saturn signals the sort of affiliations that last for a long time. Saturn people are the ones you look at one day and realize they’re still there. It’s been decades. Contacts to the Nodes are people you’re re-encountering or who will inspire you back onto your true path. Outer Planetary choreographed encounters are the most likely to transform your life trajectory – particularly Pluto.

If you’re able to get the exact moment of a first meeting, it’s brilliant fodder for the astro fiend. Note particularly the ruler of the chart (ruler of the Ascendant) and the most exact aspects. Stuffing about worrying about esoteric aspects or wide-orb connections is a distraction. If the first meeting chart has Scorpio Rising and Pluto is on the Moon, that’s your go-to. Never mind the foo-foo eight degrees sextile from Venus to Jupiter. It’s a Pluto-Moon connection so you could hang out with this person in lieu of therapy perhaps. Or expect the association to evoke a heap of chthonic emotions and power surges.

So DOES the Tinder match (or any online dating ping) count as the “moment” of a meeting?  I think Yes. But because you presumably elect when you’re going to be on Tinder or anything similar, i feel like the chart you would generate would be less ‘true’ than an in-the-wild encounter.

What does everyone else think?

Image: The Lady Has Plans

I just tried a First Spark Chart.
For when someone’s been around in the background of your lifescape for a while, and one day you look at them & VOOM.
It’s got info.

Why not just do 2 charts, one for the online encounter and one for IRL?

Ok, I’m taking the position of Tinder ping as moment of first meeting. I have a number of good examples of it but one in particular. This guy had popped up in my feed a couple times but I hadn’t really paid attention to his profile. This particular time it popped up I thought, ‘ok, I’m positive that if I swipe right we’re going to match’ & we did. I had a super strong feeling about it from the start (& the 3 tarot cards I pulled were bad, bad news -10 of swords anyone?). The day we were first… Read more »

I don’t know; I’ve dated two people I first knew from online now (this is pre-tinder, we were all part of a band’s web community). Both were pretty intense/pivotal relationships, but the transformative aspect would never have happened if there hadn’t been that in-person meeting. We woulda just gone along, trading bootlegs and maybe emails. Both times, they helped break up dysfunctional relationships I was already in and needed a way out and in one case helped me leave the country. But I don’t even remember what day we first directly addressed each other on the message board. Though, weirdly,… Read more »

Text is nothing. It can seem like so much for us fiery or airy types, us talky ones. But it is nothing in the face of eyes, electromagnetics, all senses and reading the touch. That is a meeting; the other is a possible hook up, a reassurance. I’d rather bang about on the oracle or what than be strung on sparkly words with dim lights.

Starts out as tinder,
Ends up as ember

I know I did the meeting chart for myself and my aqua man. It has rung pretty true. Uranus bang on the IC and a big stellium at MC sun Saturn mercury. So our life revolves around the legacy and home. Yup. We have to live with his mother as she is bed bound and we await her tripping off this mortal coil. He has Saturn natal in his 8th so getting his inheritance was always going to be a trial. So our life is confined to that house with a limit of 3 or 4 hours away at most!… Read more »

I think the online meeting could say something. But, I would reference the in person meeting for a chart reading. There are so many ways in life that you connect with someone online before you meet them in person. If you are applying for a job or writing an inquiry letter to a business then, is that a first meeting too? I think an online dating meeting chart could add more clues and layers of depth to the relationship and its impact on your life. If you are planning the meeting around an electional astrology agenda, then maybe that could… Read more »

Yeah the meeting chart with my guy has good potential. So many planets in 1st and 7th house. Moon in pisces conjunct neptune, and venus conjunct north node in leo. He also picked the date/time too, so…..? *optimistic shrug*. The sun was also conjunct his venus that day. For me- it was a lunar eclipse in my 12th house and a lunar eclipse in his 5th… still not really understanding how this all will play out for me (uranus is now conjunct my moon and jupiter is conjunct my venus, so way too much expansion and feelings of instability at… Read more »

Looking into someones eyes and seeing a direct return of gaze is powerful, the connection was powerful. circa 1982